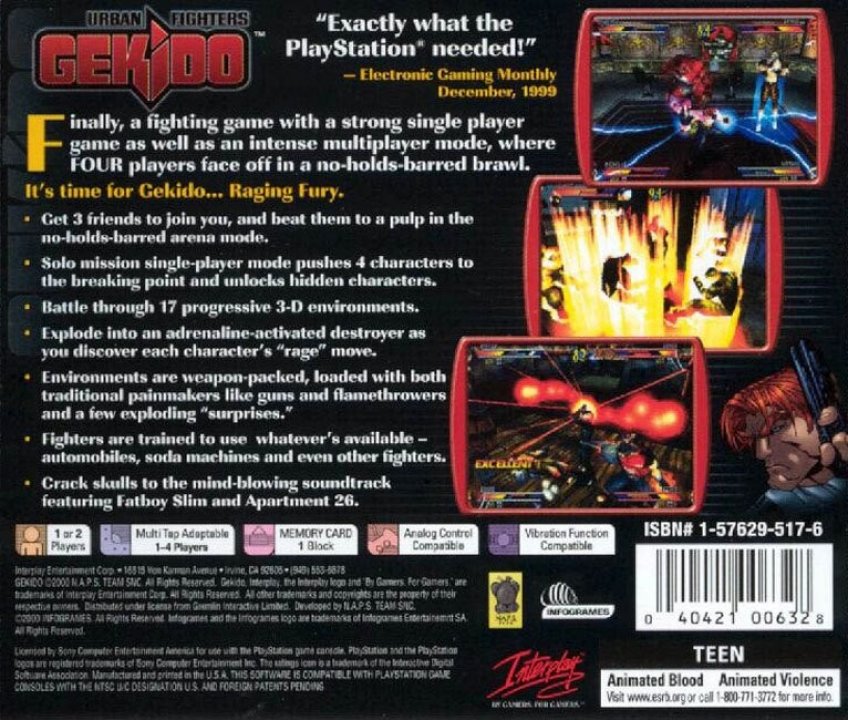 Finally, a fighting game with a strong single player game as well as an intense multiplayer mode, where FOUR players face off in a no-holds-barred brawl. It's time for Gekido... Raging Fury. * Get 3 friends to join you, and beat them to a pulp in the no-holds-barred arena mode. * Solo mission single-player mode pushes 4 characters to the breaking point and unlocks hidden characters. * Battle through 17 progressive 3-D environments. * Explode into an adrenaline-activated destroyer as you discover each character's "rage" move. * Environments are weapon-packed, loaded with both traditional painmakers like guns and flamethrowers and a few exploding"surprises." * Fighters are trained to use whatever's available-automobiles, soda machines and even other fighters. * Crack skulls to the mind-blowing soundtrack featuring Fatboy Slim and Apartment 26. 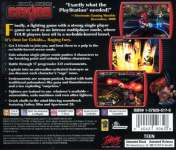 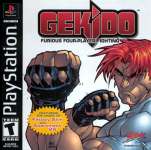