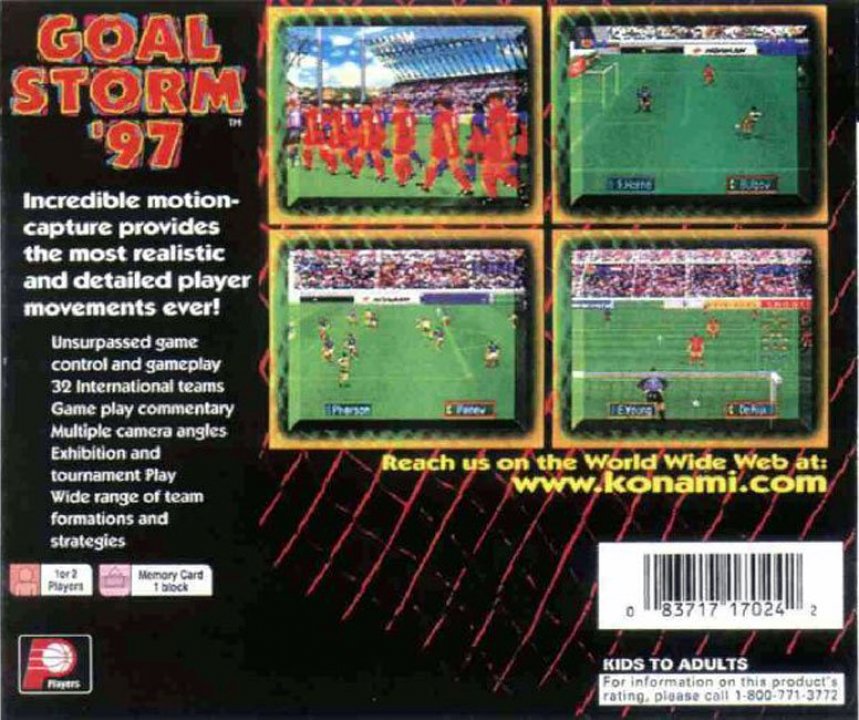 International Superstar Soccer Pro (also known as Winning Eleven '97 in Japan and Goal Storm '97 in USA) is a football simulation game released in June, 1997 by Konami Computer Entertainment Tokyo, Inc. It was the first from the ISS series to hit the Playstation platform. The game features a 32 international teams, 4 different stadiums, 13 team formations along with 8 unique strategies and a choice of Exhibition Mode, International League, International Cup and a Penalty Kick mode. It can be played as a one or two player game. It gained very high reviews which consider ISS Pro as the most playable soccer video game on Playstation of that time. The game was well-known for its comical commentary, voiced by Peter Brackley 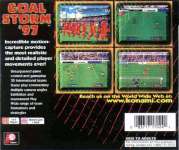 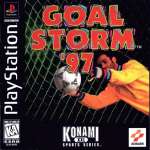