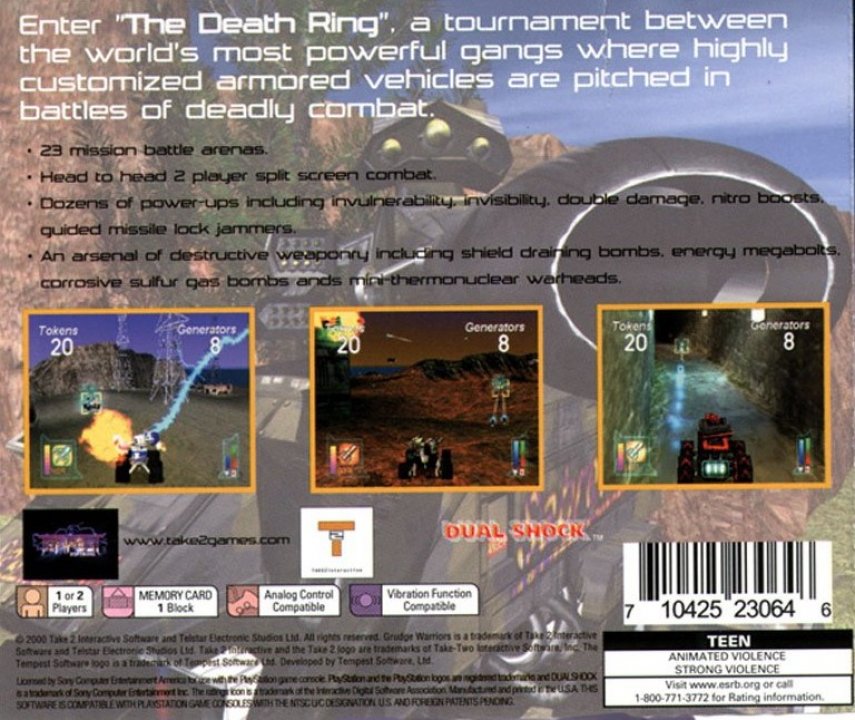 Gang warfare has erupted throughout the world. Highly customized armored vehicles are the weapons of choice for the top 11 gangs that are vying for the Crimelord's favor. Each gang's base of operations is located on a secluded island. It is your duty to infiltrate each opposing gang's island and destroy the network of power generators to eliminate the enemy. At the start of each mission, your vehicle is dropped off at the enemy's base. You must fend off the defending vehicles as you attempt to destroy the power generators. Also located on each island are 20 tokens. After collecting 50 tokens, you will be rewarded with power-ups. The tank-like vehicle under your control is equipped with numerous weapons. There is the standard pulse cannon as well as heavy bombs, guided missiles and unique special weapons. In addition, Grudge Warriors for the PlayStation supports analog control and is vibration function compatible. A two-player mode allows you to go head to head against a friend. 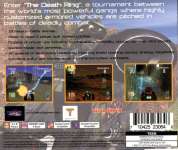 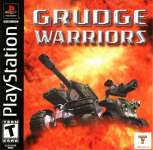