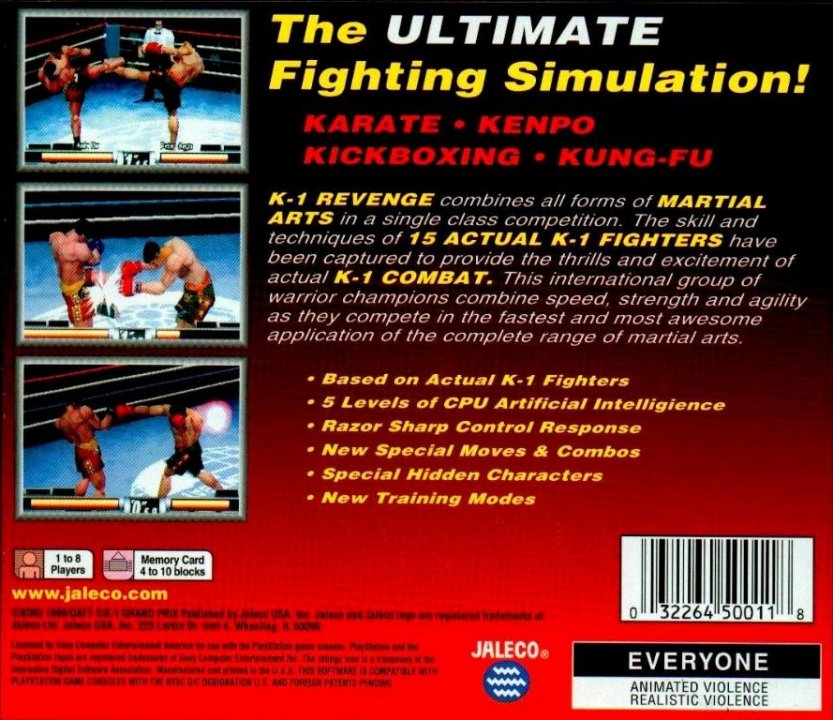 Kickboxing, Karate, Kenpo, Kung-Fu, and Tae-Kwondo are among the various martial arts disciplines making up the "K" in K-1 Revenge, the unofficial sequel to 1997's K-1: The Arena Fighters. The K-1 is a real event held annually to determine the best fighter in the world, and it is unique in that it embraces all forms of fighting styles. Now you can decide if you have what it takes to become a world-class fighter by selecting one of fourteen authentic K-1 participants in your choice of five game modes including One Player, Tournament, Team Battle, Training and AI Setup. The One Player contest has you fighting against eleven computer opponents, while Tournament has up to eight human players competing in a series of matches for the right to be called champion. 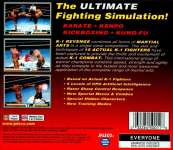 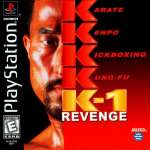