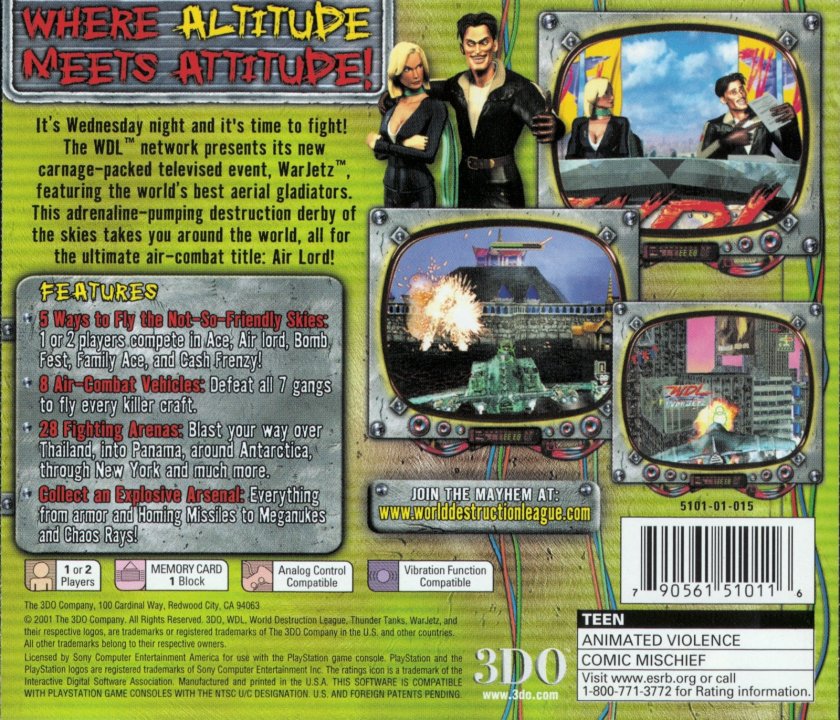 World Destruction League - Warjetz, the second title in 3DO's World Destruction League series is set in the same post-apocalyptic future as the first game. Citizens from around the world tune in to watch violent, destructive contests of skill and endurance as mighty war machines go to battle for fun and profit. While the series' first Thunder Tanks release focused on ground combat, WarJetz features combat high in the skies above. Players take to the air in modified fighter craft to do battle in 3D-rendered, destructible environments set all across the globe, each warrior hoping to defeat all opposition, survive the contest, and earn the exclusive rank of WDL: WarJetz Air Lord. 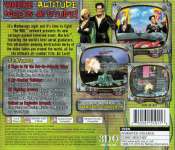 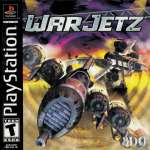