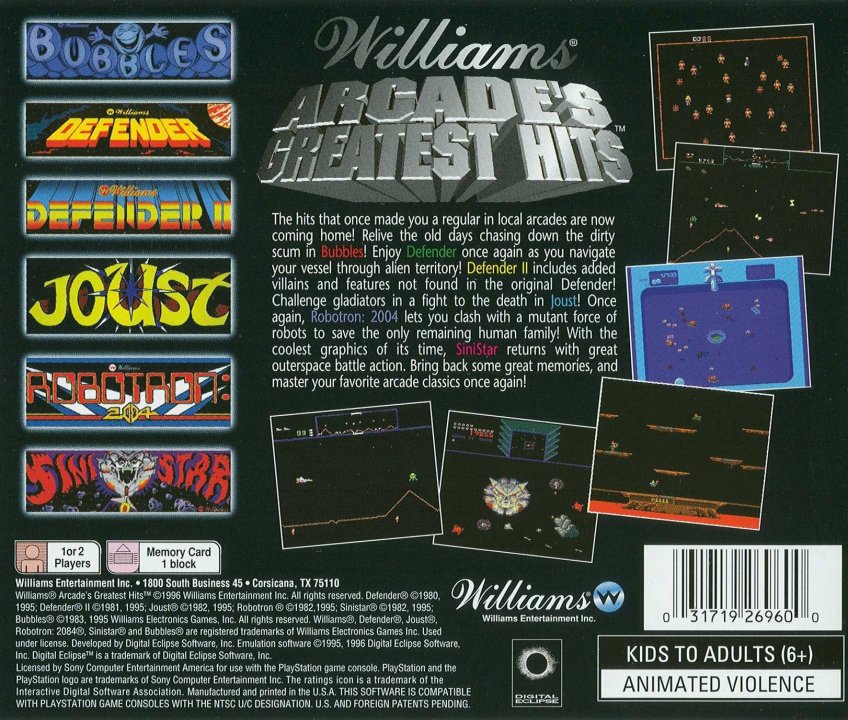 Collecting six early- to mid-'80s arcade games on one CD, Williams Arcade's Greatest Hits includes: Robotron 2084, in which you control a robot who shoots in all directions, killing thousands of enemies and saving innocents; Joust, which is a flying jousting match set in the dinosaur age; Sinistar, a shooter similar to Asteroids but with a talking demon you must destroy; Defender and Defender II (originally called Stargate in the arcades), outer space shooters which scroll both left and right, just as your ships can shoot both left and right; and Bubbles, a game in which you are a bubble, and you must eliminate spiders and other nasties from a sink while trying to avoid razor blades and other hazards. Of the six games in this collection, Bubbles is by far the most obscure and was the least successful commercially in the arcades. 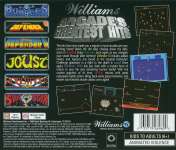 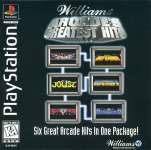