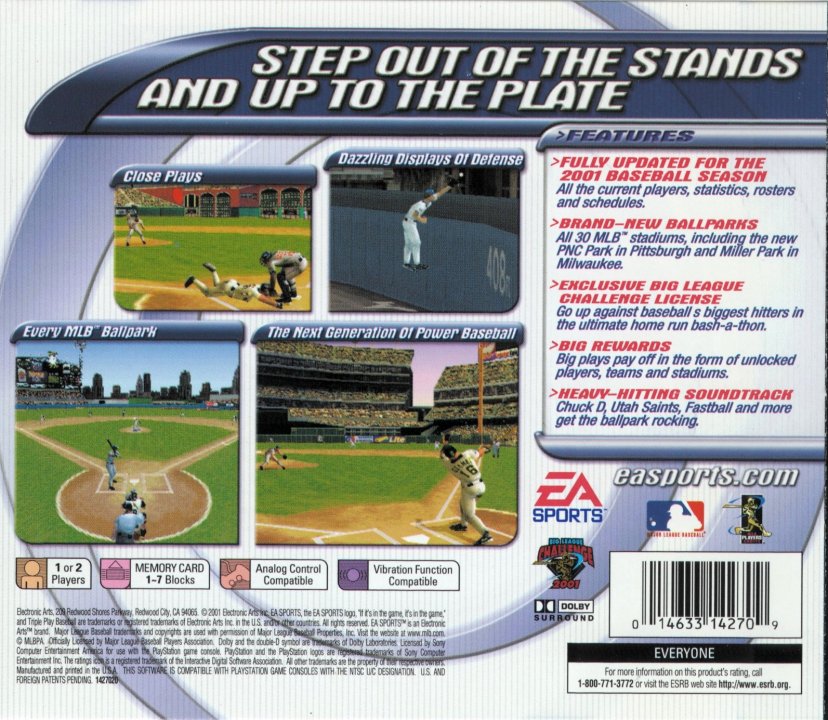 Triple Play Baseball is part of the EA Sports line of MLB Baseball sims. This edition was released in 2001 and would have been called Triple Play 2002 if they had not dropped the year off the title. Like previous editions you can pick from any of the teams in the National League or American League. Mostly little has changed with this edition except for a world tournament that has been added. You have to win the World Series however to see this option. The EA Sports' well respected series of baseball games returns in this release for the hardy PlayStation console. As in previous incarnations, gamers can control nearly all aspects of the Big League action, which takes place in virtual representations of real-life baseball venues and features all of the Major League teams, players, and updated statistics from the 2000 season. 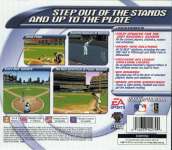 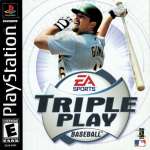