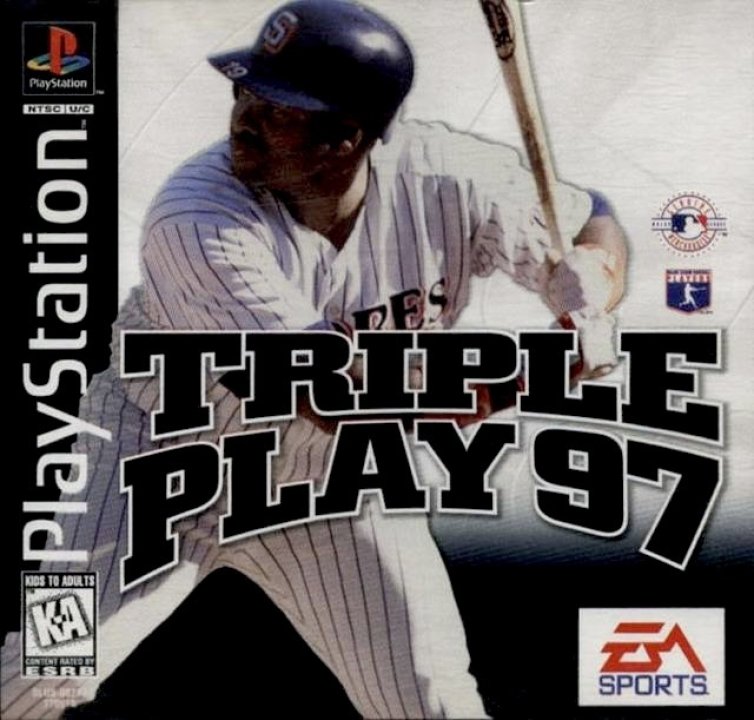 The PlayStation's first baseball game from EA Sports continues the Triple Play series introduced on the 16-bit Sega Genesis. Featuring both MLB and MLBPA licenses for authentic teams and players, Triple Play 97 also includes 28 accurately modeled stadiums from both leagues. View the action from on the mound or from a perspective behind home plate as you time your swings to make contact. While both team and individual player ratings are based on the 1995 season, the game includes 1996's opening day rosters and schedules. Compete in the following play modes: Exhibition, Series, Playoffs, Home Run Derby, All-Star, and Season. Trade and create players, monitor injuries and pitcher fatigue, and battle through hot and cold streaks while leading your favorite team to the pennant. Up to eight players can compete with the Multi-Tap accessory. 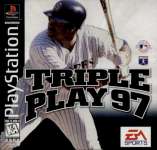