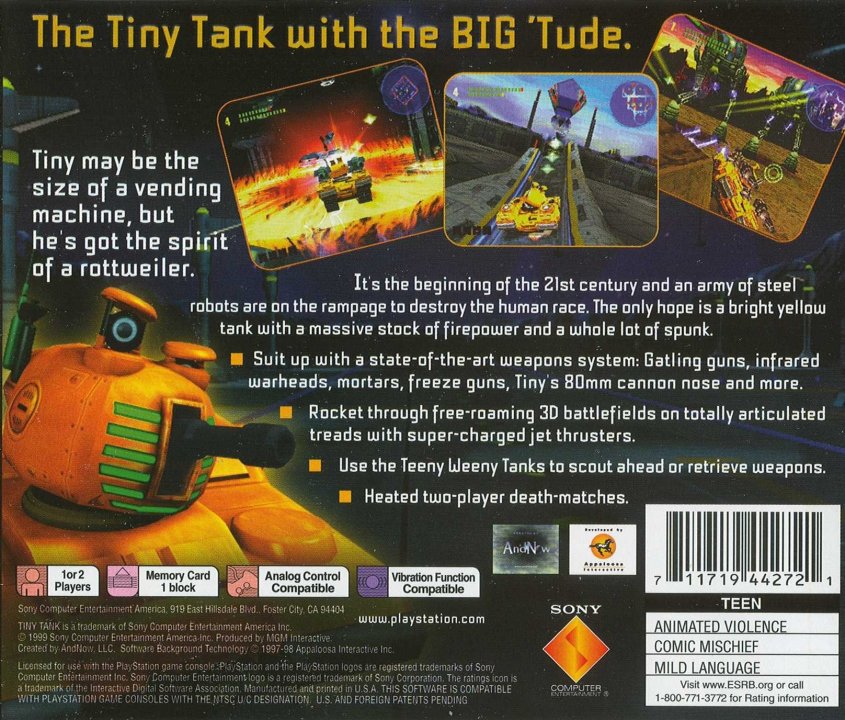 In a future world, an army of steel robots are out to destroy the human race. Our only hope is a little yellow tank armed with some mighty big guns. The sentient Tiny Tank was originally created to appease a public that feared the mindless violence waged by larger war-robots, but he was soon destroyed by one of those jealous automatons at the beginning of the robot revolution 100 years ago. Almost destroyed, at least. Thanks to nano-technology, hundreds of microscopic "Fix-It Crabs" went to work and Tiny Tank was slowly rebuilt. Now he alone stands against the threat of the cruel MuTank and his deadly robot minions, who have all but erased human civilization from the planet's surface. The spunky little tank will need luck, strategy, and all the futuristic firepower he can get his treads on to save the human race. 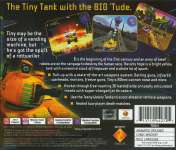 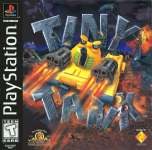