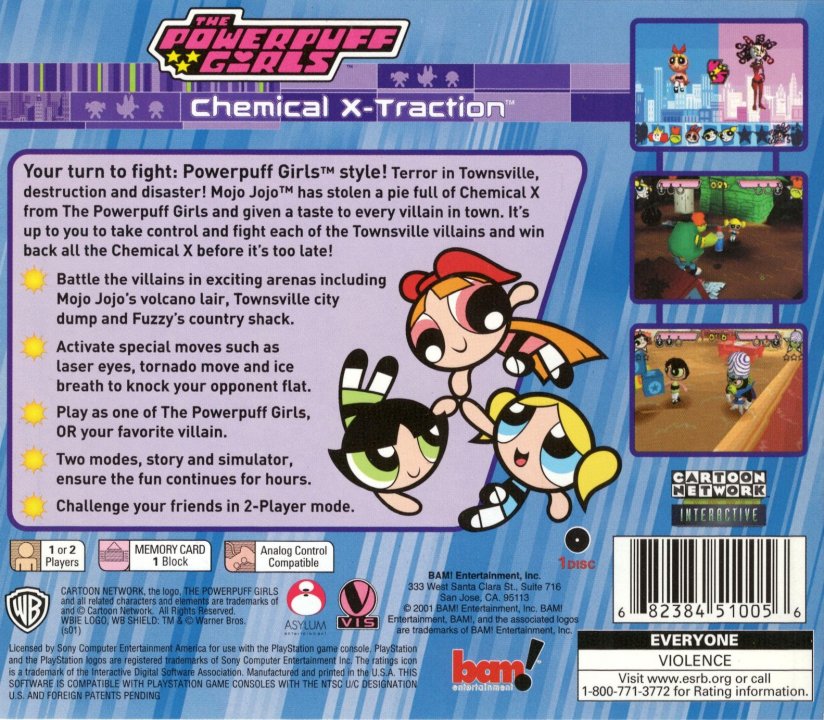 Powerpuff Girls: Chemical X-traction is a 3D fighting adventure featuring characters from Craig McCracken's hugely successful Cartoon Network series. Help Bubbles dispense a little justice on the wily Mojo Jojo or guide Buttercup to deliver a nice knuckle sandwich to deserving Gangreen Gang members. In the story mode, players can pick up objects and throw them at an enemy to decrease their opponents health meter. They can use superpowered attacks by collecting vials of Chemical X. If the player successfully defeats the enemy in two out of three rounds, they move to the next enemy location. Players can play the story mode or can battle against a friend in a head-to-head battle. 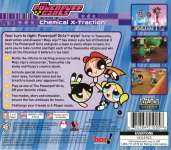 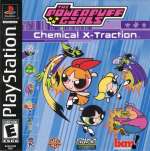 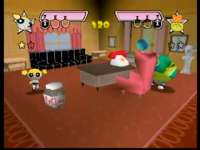