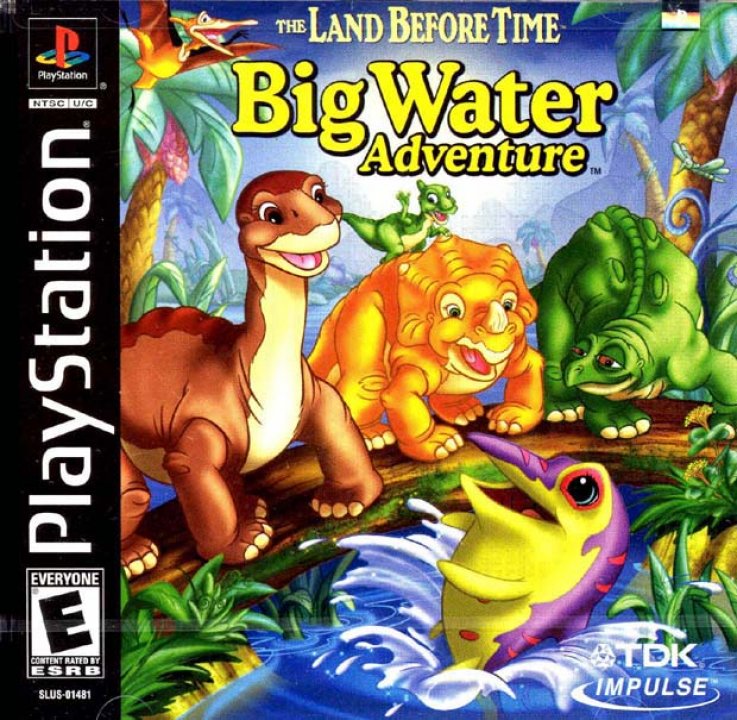 Featuring characters from the animated film series, The Land Before Time: Big Water Adventure lets young players guide Littlefoot, Ducky, Cera, and Spike through 14 levels in four worlds: Mountain Pass, Great Landbreak, New Water, and Soggy Swamp. Characters jump, run, slide, head-butt, and tail-whip as they explore levels containing obstacles such as moving logs, trees, lava, geysers, rivers, and ravines. The objective in each level is to collect 30 "treestars" and unlock bonus picture puzzles in Petrie's Palace. Other features include in-game movies and Mo's Big Water Racing, a bonus game that becomes available only after the main game has been completed with all four characters. In the bonus game, players have Mo jump through hoops on the river to trigger special animations. Each stage in the main game unlocks the next in sequential order, but once completed, levels can be replayed in any order in an attempt to collect all possible treestars. 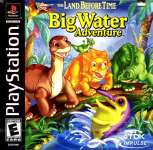