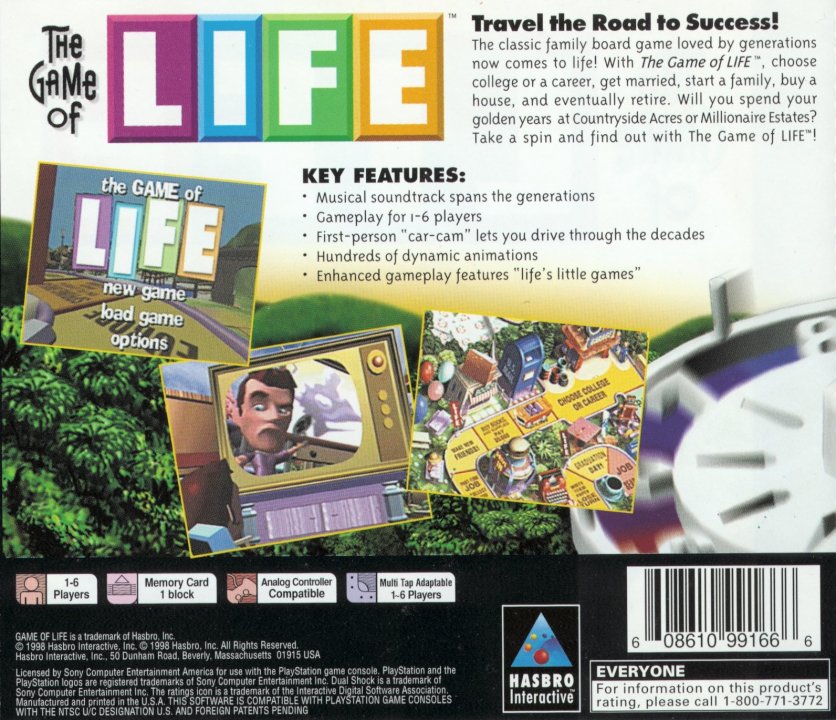 The Game of Life

The Game of Life on PlayStation is a translation of Parker Brothers' popular board game that has players deciding on such issues as marriage, home ownership, college, insurance, careers, and even starting a family. Each player (up to six can play at once) is given $10,000 to start, with the goal being to earn as much money for "retirement" as possible. You'll first have to choose between college or starting a career, and subsequent turns involve spinning a wheel, moving your car token along the board, following directions on the space, and making decisions to maximize your earnings. The PlayStation version offers a 3D game board and your choice of car tokens and characters to play as or against. The game also features a unique "car cam" perspective, allowing you to see through your token's windshield, and an announcer to keep things moving along. Other enhancements include a soundtrack reflecting the game's different time periods, hundreds of board animations, and both analog controller and memory card support. 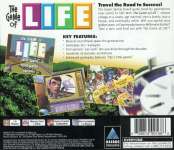 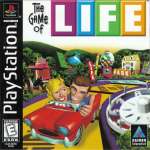