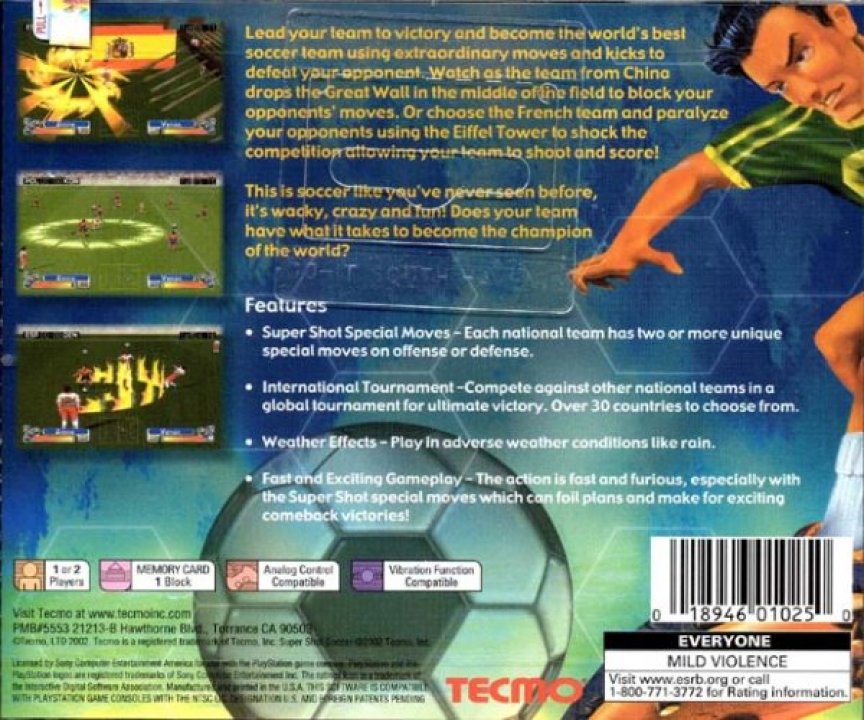 Tecmo's Super Shot Soccer is a hybrid of simulation and arcade-styled soccer. Featuring over 30 teams from around the world, the game's play modes are based on international-styled soccer. The four play modes are Test Mode (exhibition play), World Tournament Play (inspired by soccer's World Cup), International League (a round-robin league) and International Cup (a 16 team tournament). Of these modes, only Test Mode allows two players to play the game at the same time. Differing itself from typical soccer simulation titles, Super Shot Soccer provides over the top arcade-style plays. Called Super Shot Special Moves, each team has two or three special moves that tie into the team's nationality. These provide a unique twist to simulation soccer, as gameplay can be interrupted by national monuments, disaster attacks and more. Special moves can be used to affect both offensive and defensive strategies. 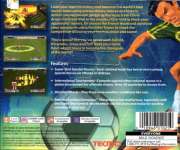 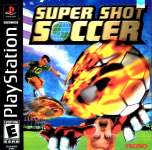