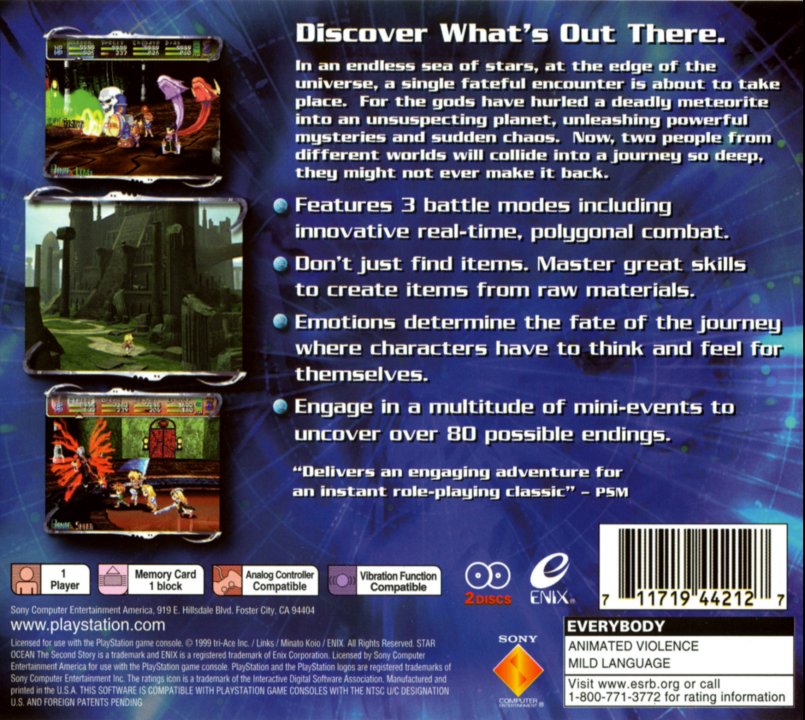 The game gives the player the choice of playing as Rena or Claude, with the journey evolving and ending differently depending on the choices one makes. Star Ocean: The Second Story is a world of magic, science, space travel and deadly demons! Enter a world where love knows no bounds, the evil is neverending and good can overcome all if the heart is just and true. Featuring three battle modes, the ability to master skills to create items and an emotional level for each of the characters, Enix has pulled out all the stops in their latest (and first) title to be brought to the North American PlayStation. Star Ocean: The Second Story takes place twenty years after the original game, Star Ocean. Roughly the first half of the plot of the game takes place on the planet Expel, an underdeveloped planet on the verge of its industrial age. On Expel kings still rule over great kingdoms, swords and sorcery dominate the battlefield, and sailing ships are still made from wood. According to a Federation law, named the Undeveloped Planet Protection Treaty, a planet with such a level of civilization may not be directly contacted under any but the most dire circumstances—and even then, contact must be minimal and secretive. This law is reminiscent of Star Trek's Prime Directive. 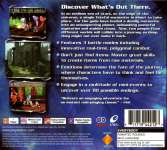 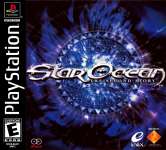