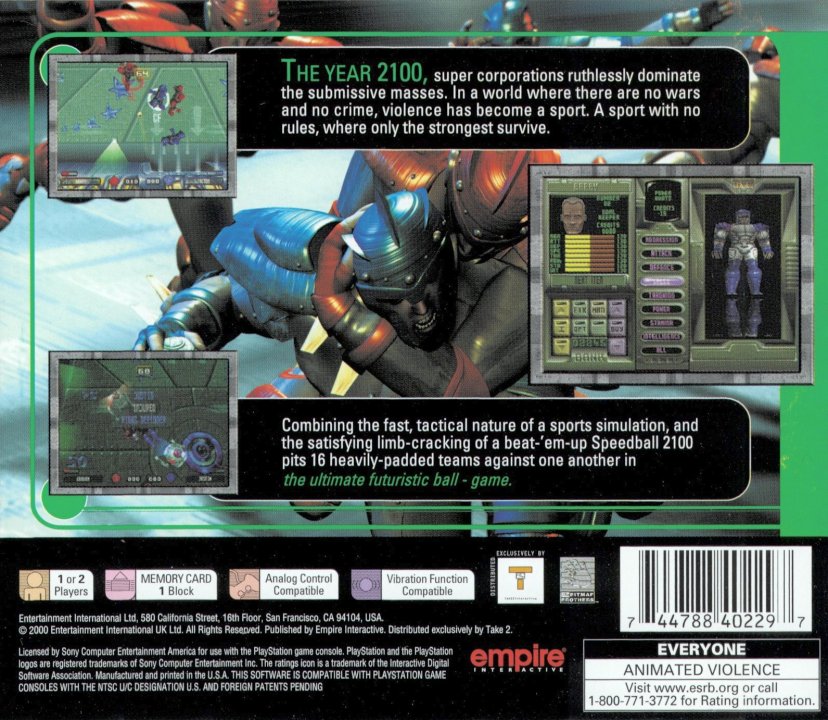 Speedball has been described as a cross between handball, roller derby, and hockey (though it's quite a bit more violent than any of those sports -- all in good fun of course). Two teams of nine players each face off in a closed arena with high walls on all sides and a goal at either end. The object is simply to throw the ball through the opponent's goal to score as many points as possible. Points can be scored in other ways as well however, such as lighting all of the stars on a wall or by hitting Bounce Domes with the ball. The game is constantly moving as the steel ball is passed back and forth or stolen with a heavy body-slam or a quick elbow to the teeth. Special power-ups can increase scoring possibilities or even temporarily disable opposing players. Several modes of play are available, from quick one-time grudge matches to season-long league play. 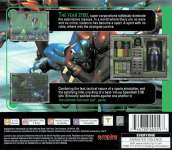 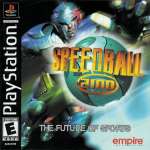