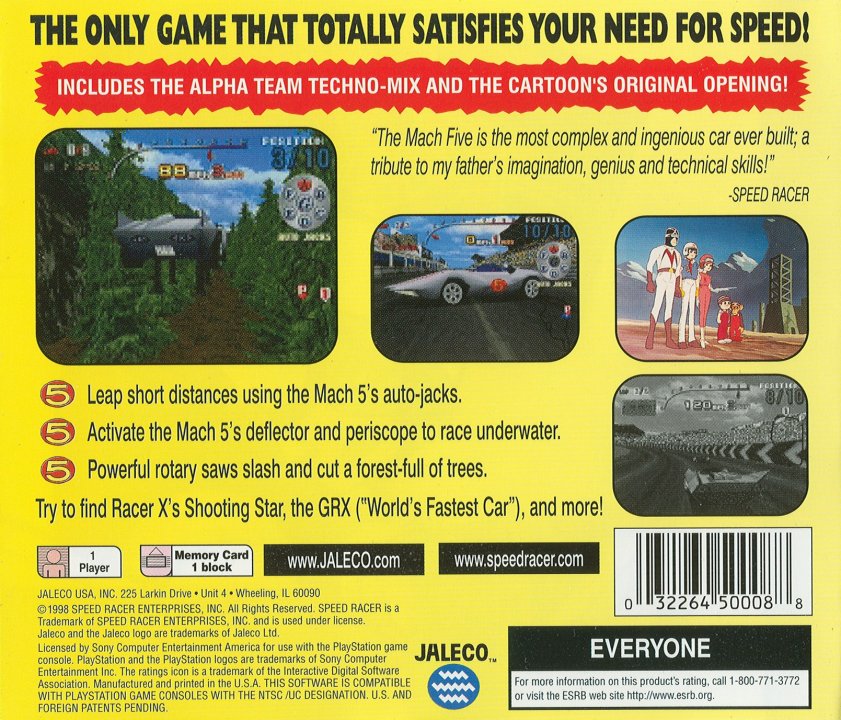 Speed Racer is an English adaptation name of the Japanese manga and anime, Mach Go Go Go which centered on automobile racing. Mach GoGoGo was originally serialized in print form in Shueisha's 1958 Shonen Book, and was released in tankobon book form by Sun Wide Comics, re-released in Japan by Fusosha. . Based on the popular cartoon, Speed Racer joins the plethora of racing games available for the PlayStation. As Speed Racer himself, you can race on three different tracks simply titled S, M and L for small, medium and large. Before beginning a race you must choose between three slight variations of Speed Racer's famous white Mach 5, one of which has manual transmission. Each of the three cars is equipped with special features such as grip tires, rotary saws, a periscope, a deflector and auto jacks. Other options include 18 different soundtracks, normal and endurance racing modes and the ability to increase the speed and efficiency of your opponents. 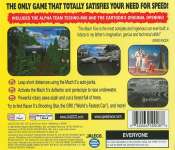 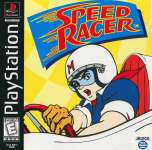