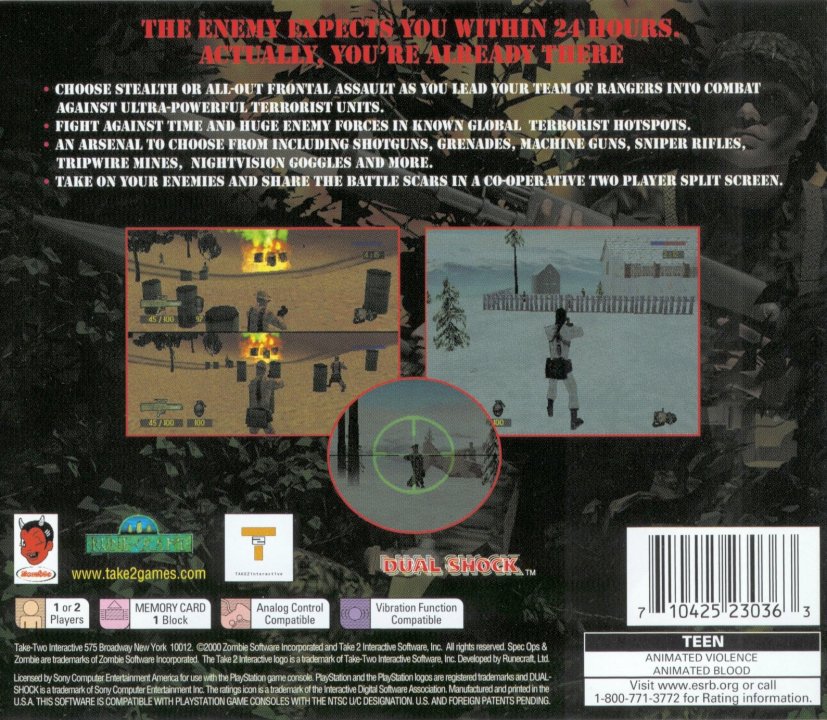 The original Spec Ops for PC was one of the first realistic military tactical combat simulators to be released. After its limited success it spawned many rehashes, pseudo-sequels, and mission packs all bearing the same name. The Playstation's version of the rehash is Spec Ops: Stealth Patrol. Up to two players can simultaneously play through the series of missions the game has to offer. If there's only one player the second ranger is controlled by the CPU. The single player can switch between both rangers at any time, letting the CPU control the other ranger. Join one of the most elite military task forces in the world--the U.S. Army Rangers. Play as a U.S. Special Operations Ranger Corps soldier in this third-person shooter. Your main objective: neutralize hostile terrorist threats around the world. With guns blazing or silently under the cover of darkness, navigate your team across harsh terrains of thick jungle, barren desert, arctic tundra, and dense forest. You must use stealth and tactics to your advantage. Oh, a few more squad members and weapons that range from sniper rifles to machines guns wouldn't hurt either. Take out terrorists, rescue hostages and save the free world...that's all this game is asking of you. Will you be able to complete your mission, even though you may be the lone survivor? 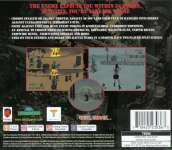 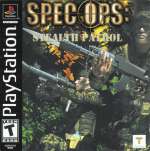