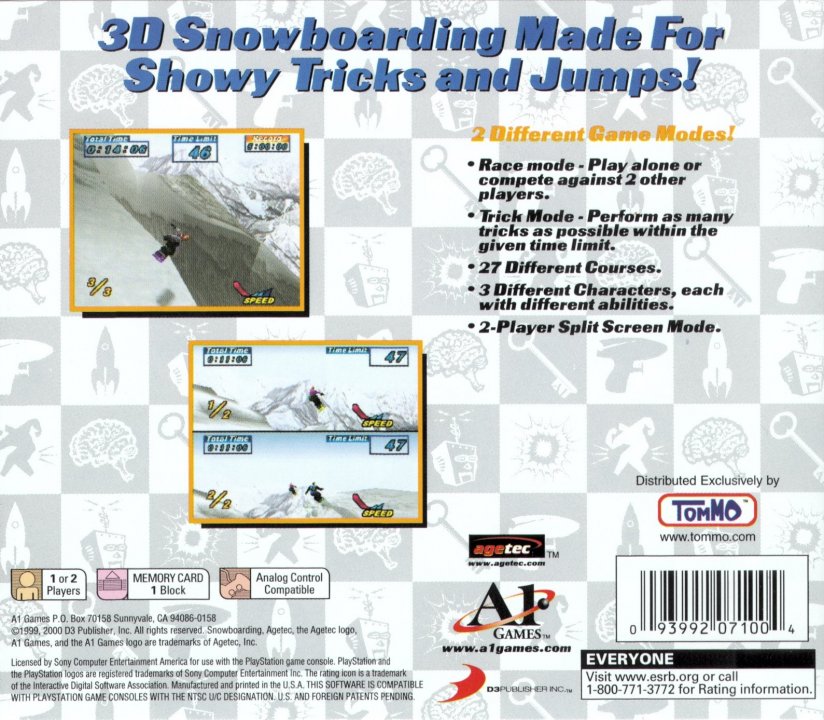 Agetec's Snowboarding consists of racing downhill and performing death-defying stunts. For speed fans, the Race Mode allows players to race against the clock or two computer-controlled opponents. For those more interested in catching big air, Snowboarding's Trick Mode requires gamers to perform numerous maneuvers to gain more time to complete courses. In both modes, gamers can choose from one of three different boarder characters as they ride through the game's 27 different courses. Additionally, each of these courses can be tackled by two players at once in a horizontally divided split-screen. 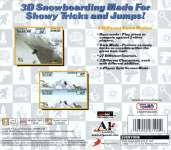 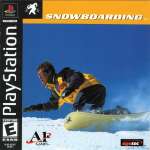