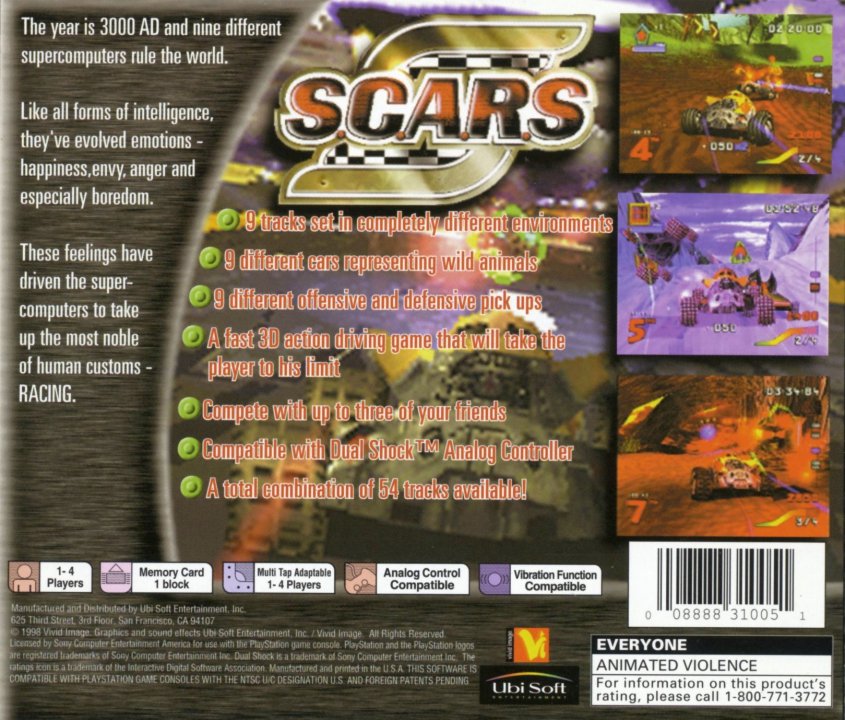 S.C.A.R.S stands for "Super Computer Animal Racing Simulation" giving you the wheels behind animal-based vehicles as you race for the finish line. Featuring 4-player split screen action as you compete and try to destroy your feral opponents in a contest of life and death from within a super computer. Features include a variety of race modes including Grand Prix, Challenge and Time Attack. Choose from 9 different hybrid animal vehicles and a host of wepons in this uniquely entertaining release from Ubi Soft. The story behind the game is yet another one of post-apocalyptic chaos. In the S.C.A.R.S. universe mankind has lost control of the earth and has been superseded by nine supercomputers. After developing all human emotions, the supercomputers became bored with their existence and decided to pass the time with “the most honorable of human customs”: racing (so much for space exploration). Turning to nature for inspiration, the computers based their new land vehicles on some of earth’s most fearsome creatures. They called their new racing league the Super Computer Animal Racing Simulation. 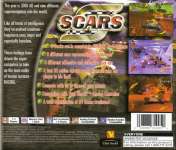 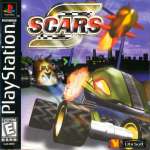