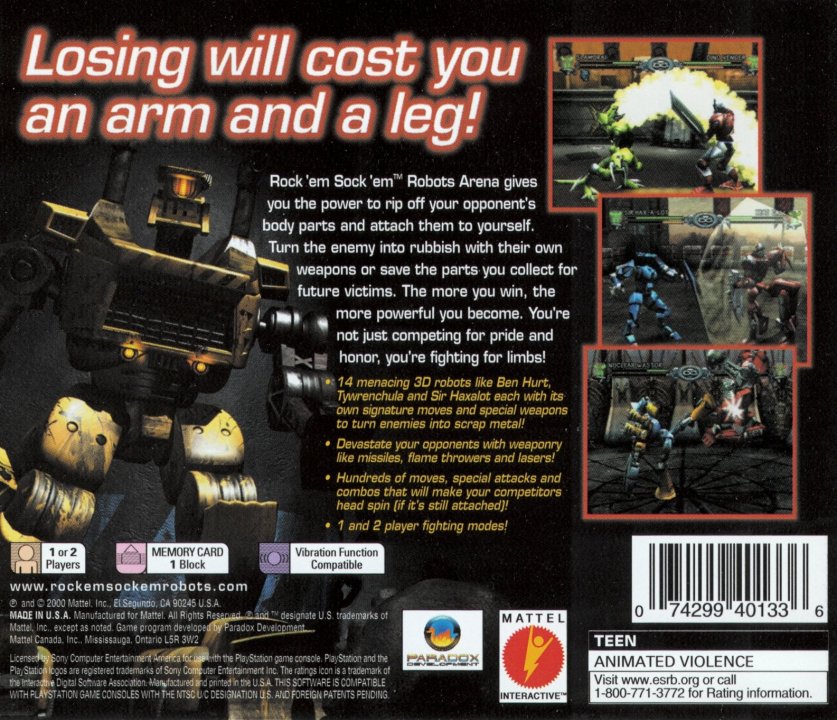 In this one-on-one fighting game based on the famous plastic robot fighters, players not only get to pit various Rock 'Em Sock 'Em Robots up against one another, they also get to customize their bots' various parts to make them even more steel-twisting and destructive than before. Players initially have 12 different robots to choose from before they head off to the arena. With names such as Slamurai, Sir Haxalot, and General Warfare, it's easy to see that Mattel Interactive is going for a bit of a tongue-and-cheek feel. While the names aren't overly serious, the fighting is less comedic, with the robots throwing all of their various armaments at their opponents in order to assure destruction. These weapons are varied, from swords to bombs to Gatling guns. Each robot starts with a different set of weapons, and depending on the mode you're playing, their attacks can be altered and switched around. 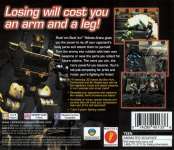 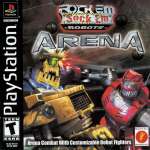