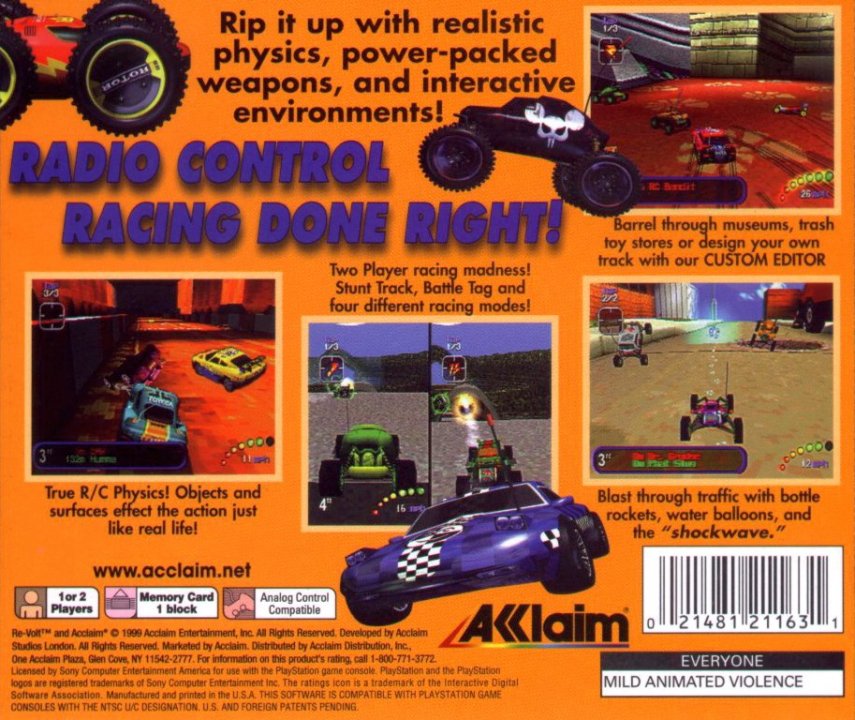 In Re-Volt, choose from 25 R/C cars as you race your way through 13 tracks, including such locales as a neighborhood, a toy shop and a large ship called the Toytanic. Not all cars tracks are available at first, though, as the others must be unlocked by racing well in Championship Mode. Further, the tracks are also available in mirrored (everything is opposite), reversed (the track begins where it used to end) and reverse-mirrored (opposite and backward) fashions once you've proved worthy of experiencing such variations. And if those 52 paths aren't enough for you, create new ones with the Track Editor. 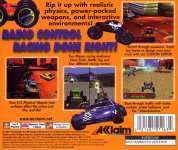 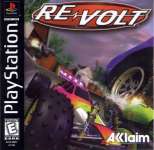