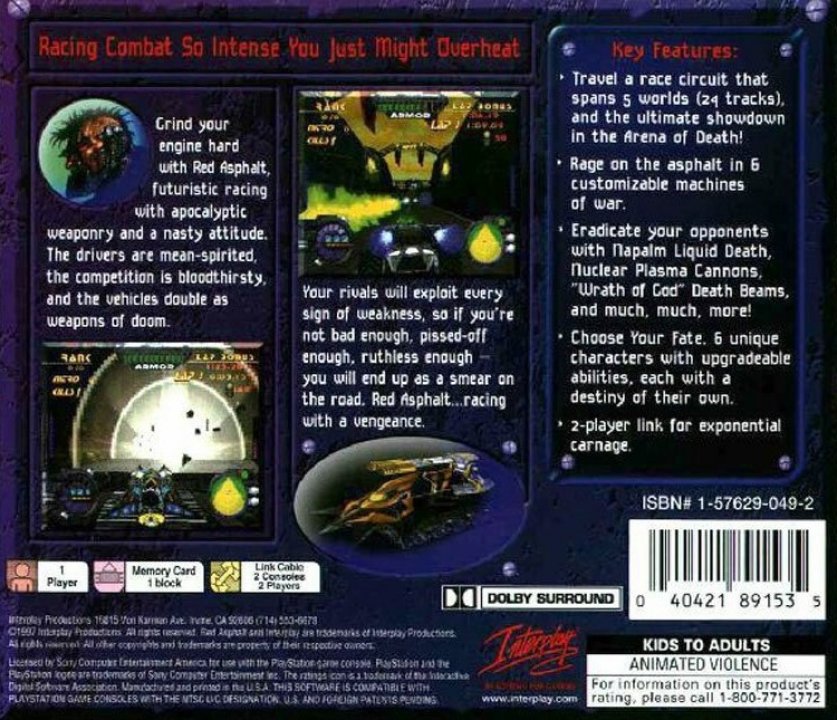 Red Asphalt incorporates both racing elements and combat. Using a skillful combination of both, your objective is to overcome your opponents and face off against Draenek in the Arena of Death -- the fifth and final world. There are 24 tracks in all, spanning apocalyptic city streets and other futuristic settings. Before your dangerous journey begins, you'll need to choose one of six different characters to play as. Each comes with three varying abilities; the driving skill affects a character's handling ability and top speed, tactical affects weapon lock-on times and aggression is that character's strength. Among the characters is the dangerous Motormouth that thrives on death and annihilation; Thula Crimstone, a future leader of the Starian Empire; Jackal, a war-torn being that wishes to destroy all those that bring war against his people; and the spiritual Hiroki. Throughout the game, they'll earn experience points that increase ability points. 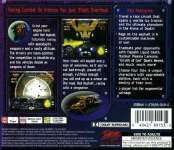 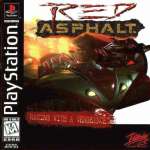