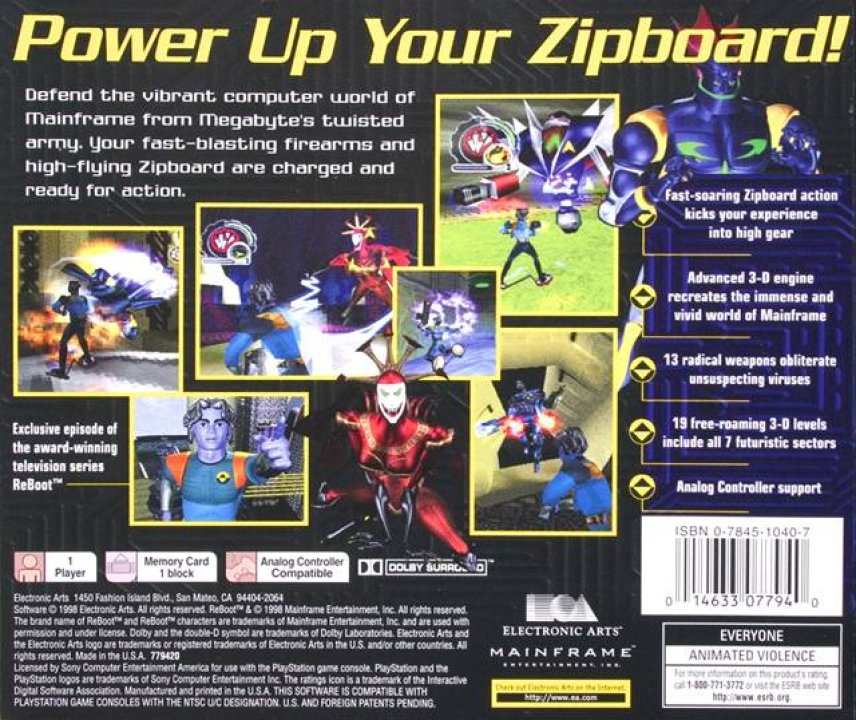 ReBoot puts you in the role of Bob the Guardian, a fearless hero tasked to protect the city of Mainframe and its people from any outside threats. In the game's opening cutscenes, the threat is considerable -- Megabyte and Hexidecimal, the show's two main villains, have formed an uneasy alliance to take over Mainframe and destroy it if necessary. Your mission is to find "tears" in the fabric of space, located throughout the streets of Mainframe and across seven different levels, and seal them before time runs out. Several of the tears are guarded by automatic defenses, which can rapidly chew through Bob's health. Power-ups replenish Bob and repair the damage, but you have to go looking for those too. Handy weapons also appear from time to time, including rocket launchers that can fire guided projectiles and are capable of firing multiple missiles at once. 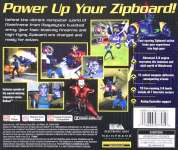 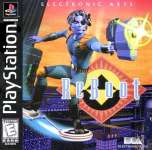