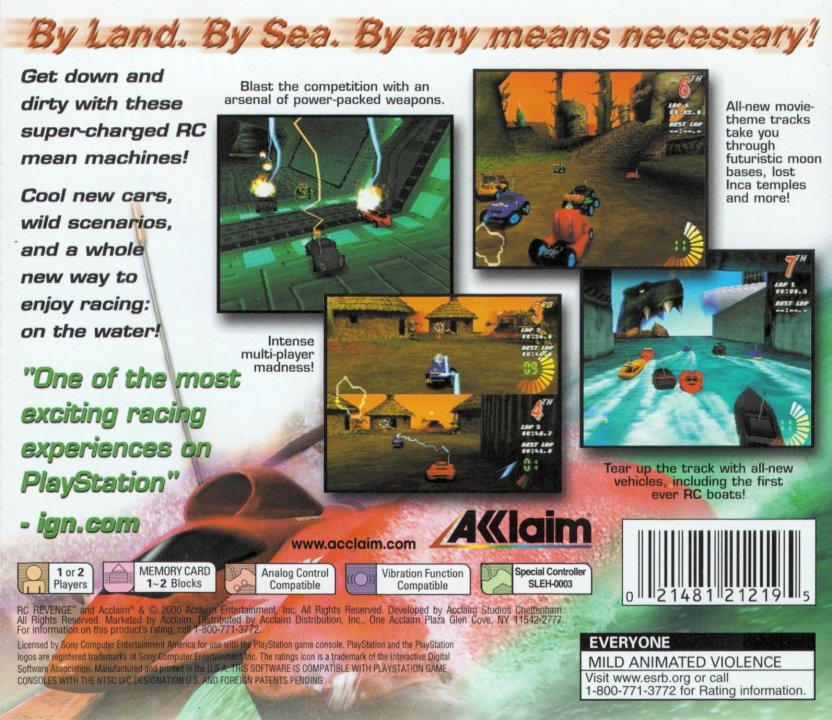 Incorporating RC racing on land and oceanic settings, Acclaim's RC Revenge will have you manning the controls of radio-controlled cars and boats; you'll be racing these bad-boys through various theme park locations. As you win tournaments and races, more cars, boats and tracks are made available. Unlocking new tracks and vehicles is accomplished by competing in the single-player Championship mode, where you'll race through eight levels for the championship prize. During any given race, there are pick-up items strewn about -- these surprise packages will boost your vehicle's performance and deter your opponents. 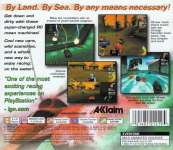 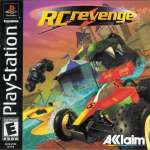