Gungage is a futuristic Third Person Shooter for the PlayStation. In the game, the world is threatened by strange creatures from an alternative world called Dark Moon, who want to take over the Earth. You start the game with only one character available to play with, but three more can be unlocked. Each character has its own characteristics when it comes to the size of their gun, their speed, and their size. Each character also has their own special psychic powers. The story evolves differently with the various characters, but the same levels are used. During the game, special powers have to be collected. Settings of the various levels in the game vary from deserts to laboratories. Enemies in the game vary from prehistoric looking beast to futuristic robots and tanks. Enemies can run around, pop out of the ground, fly in the air, and come out of the water. Levels are completed by confronting and defeating a giant level boss. The game can be played in easy, medium, and hard mode. 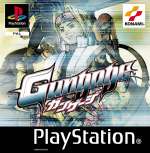 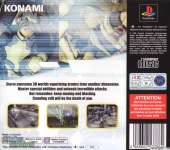 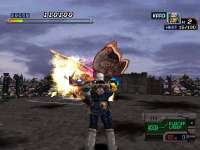 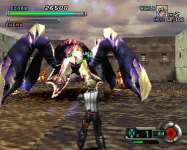 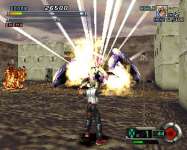