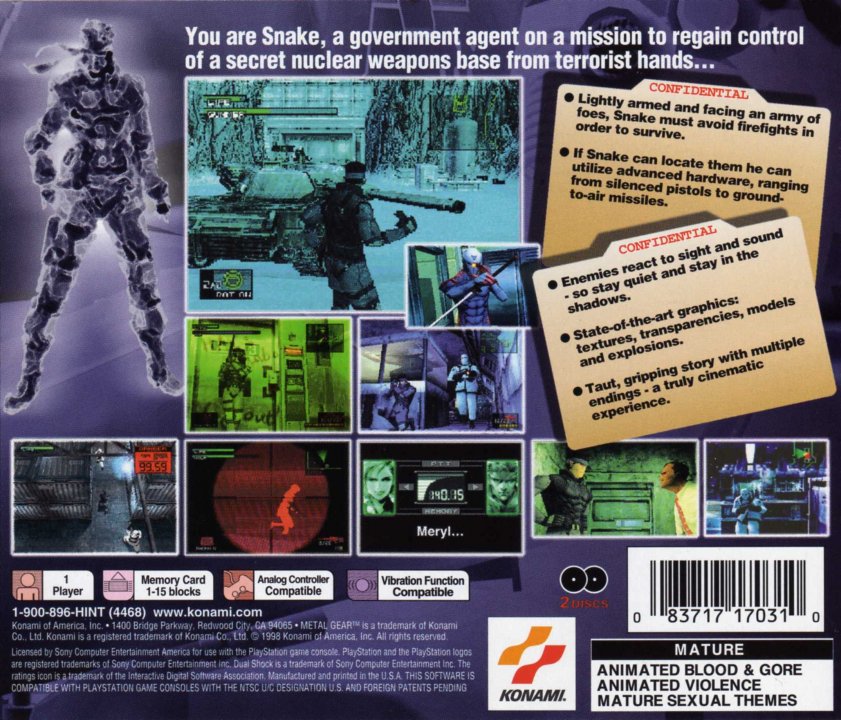 Metal Gear Solid follows Solid Snake, a soldier who infiltrates a nuclear weapons facility to neutralize the terrorist threat from FOXHOUND, a renegade special forces unit. Snake must liberate two hostages, the head of DARPA and the president of a major arms manufacturer, confront the terrorists, and stop them from launching a nuclear strike. 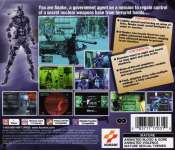 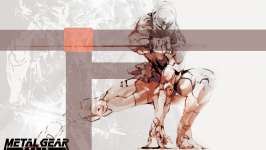 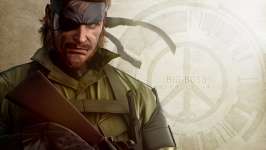 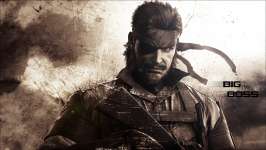 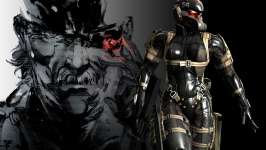 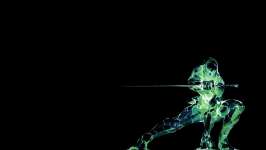 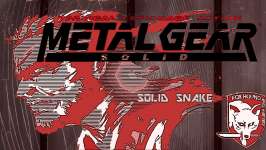 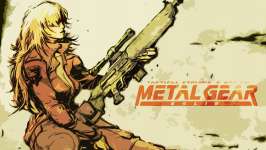 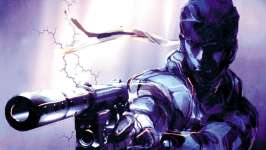 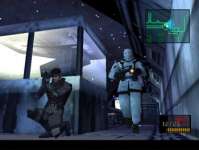 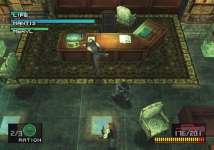 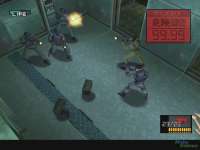