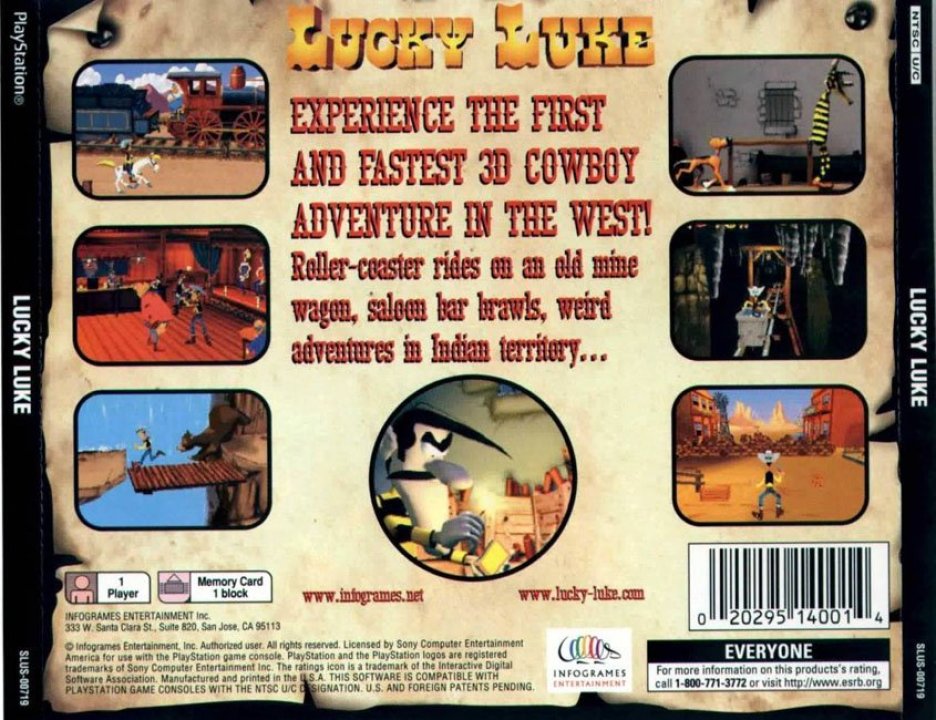 You, as Lucky Luke, have to stop the Dalton gang from making another crime. Walking around town you have to solve puzzles, shoot criminals and collect money. After finishing the level you have a chance to buy an extra life with the money collected. Shooting isn't ordinary, often Lucky needs to ricochet shots to hit his target. The game view sometimes changes from 2D style to behind the shoulders. The levels differ from town exploring, to bottle-shooting in a bar, to freeing hostages on the roof of train, to Indian sneaking. But, all of them lead Lucky to $1,000,000 for the capture of the Daltons. 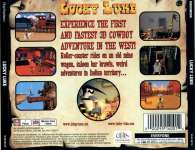 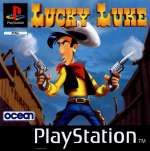 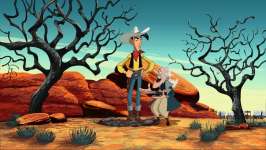 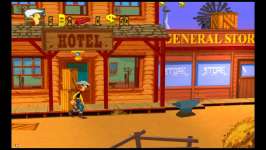 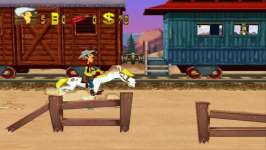