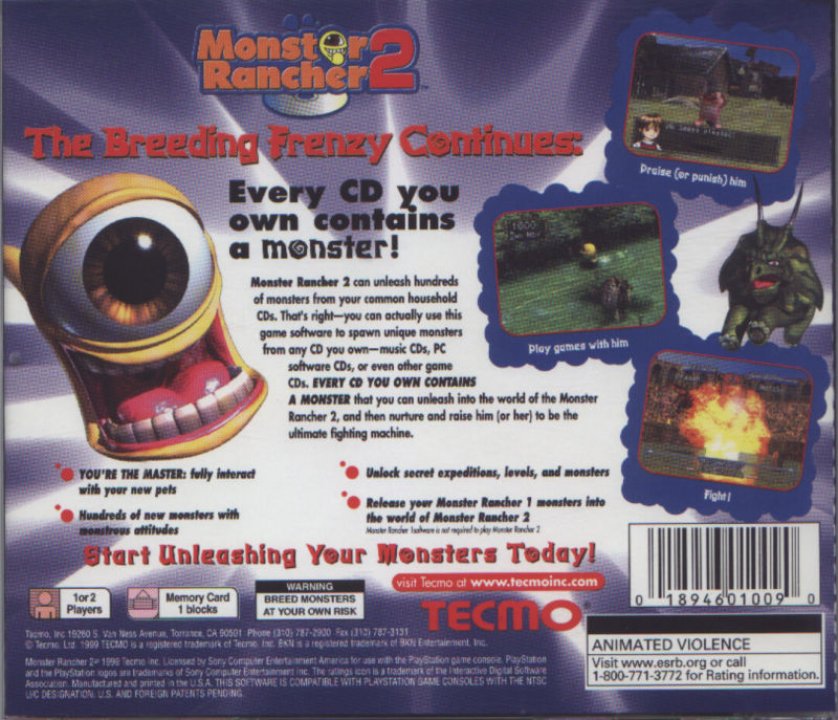 Monster Rancher 2 is at heart an arena fighting game with a lot of ancillary game play thrown in. As a trainer of a fighting monster you have to train, reward, punish, cajole and bribe your minion to build up its statistics. You then take your monster into the arena where it battles with other monsters for cash prizes, prestige, and better stats. Like the original Monster Rancher, this game allows players to create a monster using an innovative technique: you can stick in any CD you own (PlayStation, audio, PC, or other) and the data that is read off the CD is used to generate the characteristics of the monster. 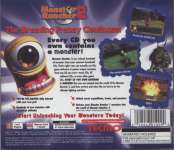 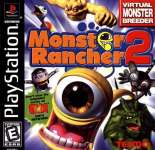