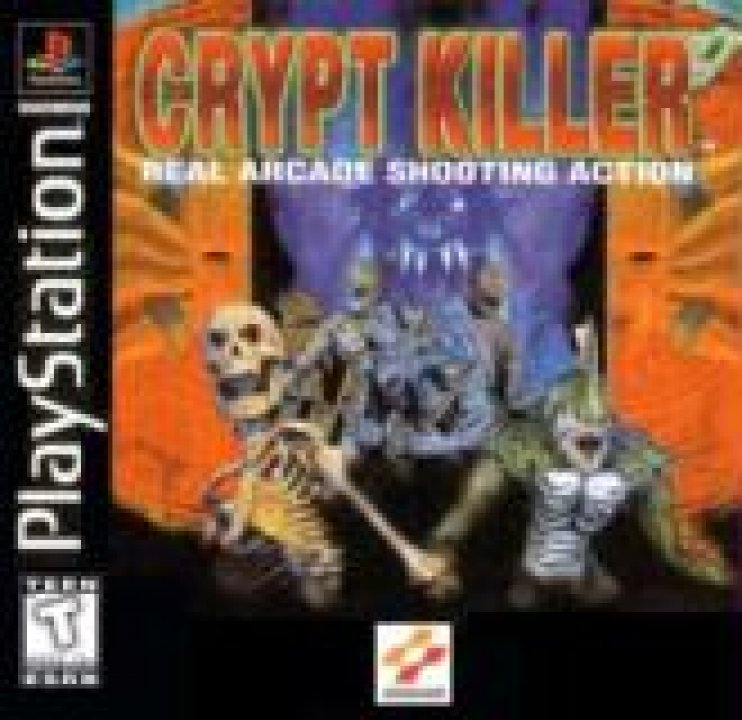 Light-gun games have been rather sparse on the Playstation, but CRYPT KILLERS tries to remedy that. The game starts with an ancient legend: an ancient civilization existed before the more recent civilizations of the Mayans and Egyptians, but that civilization suddenly disappeared. Some believe that aliens visited the ancient civilization and left behind crystals that allowed people to travel through time. These crystals became known as the Eyes of Guidance. The search for the crystals has heated up since more information has been discovered; you know the locations of the eyes and want to claim them. Move through six levels of catacombs, tombs, tunnels, and rivers while blasting skeletons, spiders, zombies, and rats. If using the standard controller makes life too difficult, plug in any Playstation compatible light gun and let the good times roll. Do you have the skills and reflexes to survive CRYPT KILLERS? 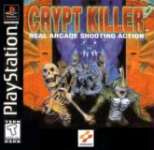 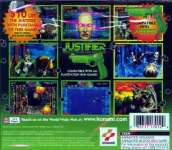