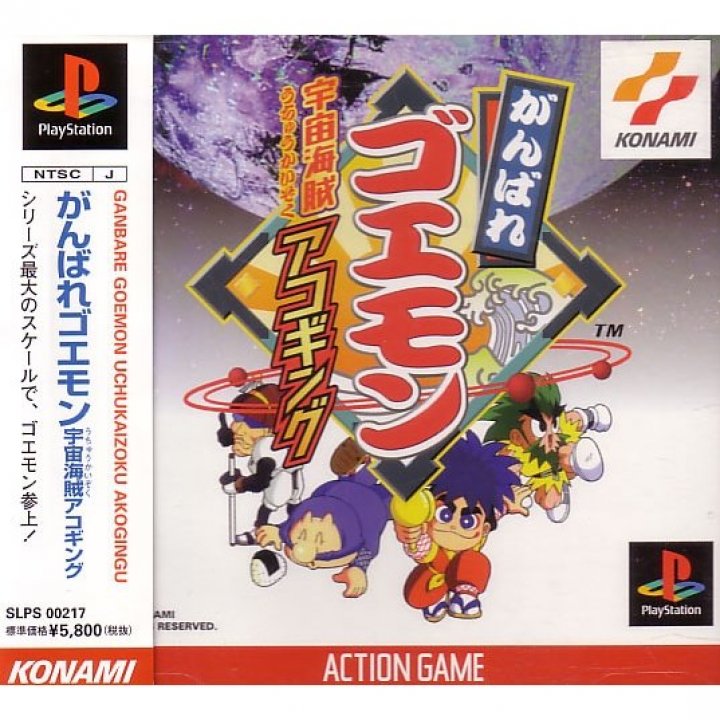 Ganbare Goemon: Uchū Kaizoku Akogingu (がんばれゴエモン〜宇宙海賊アコギング〜?) is a Ganbare Goemon game released for the PlayStation on March 22, 1996. One night, Goemon awakens from his sleep to some huge noise, so he and Ebisumaru decide to go and investigate. The pair find out that it's an alien, and that Edo's being invaded! This is the first Goemon game since Sasuke and Yae's appearance as playable characters that doesn't include either on the playable roster. Instead, they are replaced by the new characters Goroku and Baban. Although Sasuke and Yae are playable characters again in most future games and Goroku and Baban are never seen, mentioned or heard from again after this game. Its unknown why they never appear again, but it is assumed that many fans were upset over Sasuke and Yae being replaced. Gameplay is rather similar to Ganbare Goemon 3, as there's a main map in top-down perspective, which leads to various 2-D sidescrolling levels. 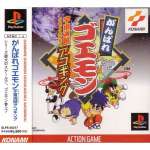