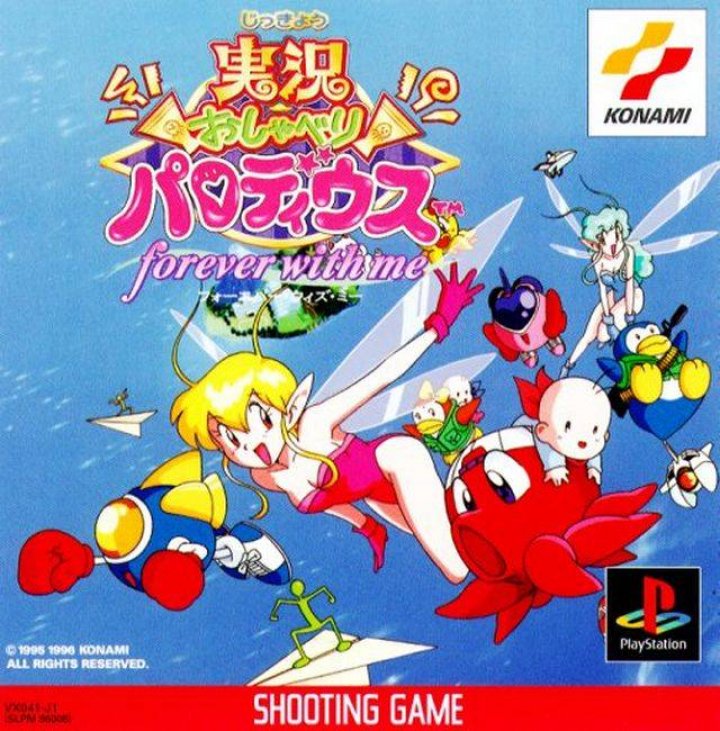 Jikkyou Oshaberi Parodius: Forever with Me

This game is the fourth game in the series of parody shooters produced by Konami and was released only in Japan. The gameplay is stylistically very similar to the Gradius series, but the graphics and music are intentionally absurd. The game, as its name would suggest (translated: "Chatting Parodius Live"), contains a large amount of Japanese voice samples shouted out in a style similar to that of a game show host. Unlike the previous titles, this game was not created originally as an Arcade game. Instead, it was originally released on the japanese Super Famicom and this port is an upgraded version of that one, featuring not only improved graphics and sound from the Super Famicom game, but some altered levels and bosses, including a cheat to replace "Tokimeki People's Dance" with an enhanced version, "Days Of The Dream's Memories". Also added were several "Omake" stages and an unlockable Dracula-kun and Kid Dracula as a playable character. In a two-player game, both players can now choose to play simultaneously instead of just alternately in the Super Famicom game. This game was also released on the Sega Saturn with little differences compared to this version. 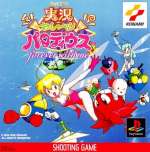 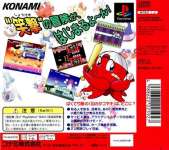