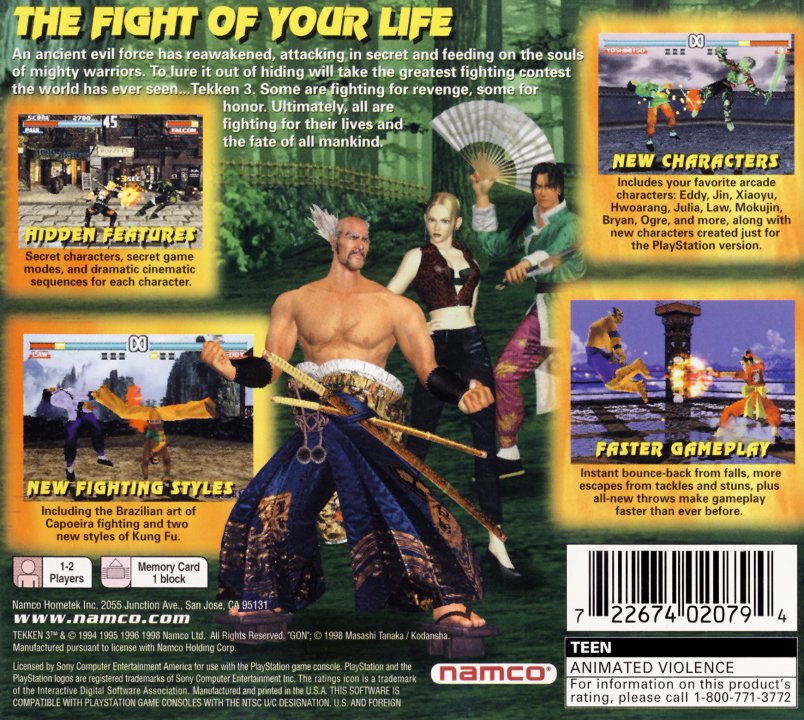 The Fight of Your Life An ancient evil force has reawakened, attacking in secret and feeding on the souls of mighty warriors. To lure it out of hiding will take the greatest fighting contest the world has ever seen... Tekken 3. Some are fighting for revenge, some for honor. Ultimately, all are fighting for their lives and the fate of all mankind. Hidden Features Secret characters, secret game modes, and dramatic cinematic sequences for each character. New Fighting Styles Including the Brazilian art of the Capoeira fighting and two new styles of Kung Fu. New Characters Includes your favorite arcade characters: Eddy, Jin, Xiaoyu, Hwoarang, Julia, Law, Mokujin, Bryan, Ogre, and more, along with new characters created just for the PlayStation version. Faster Gameplay Instant bounce-back from falls, more escapes from tackles and stuns, plus all-new throws make gameplay faster then ever before. 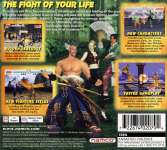 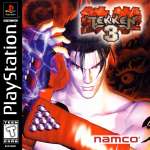 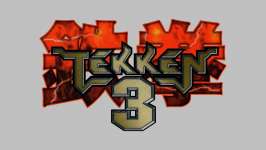 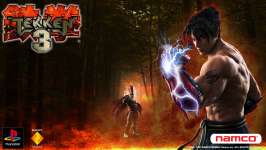 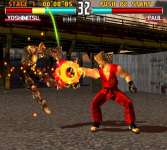