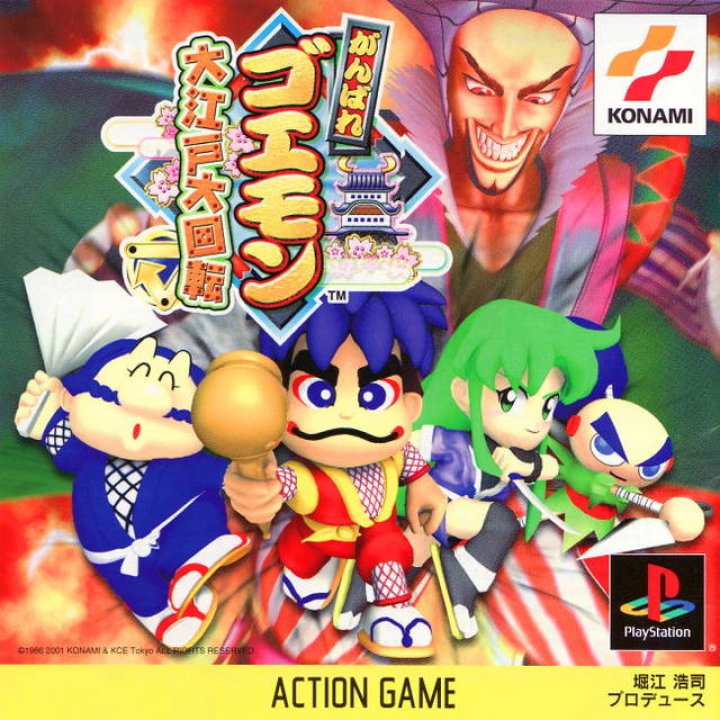 Ganbare Goemon: ?edo Daikaiten is a Ganbare Goemon game released for the PlayStation on March 29, 2001. A villain named Ecorori kidnaps Omitsu, and it's up to Goemon and his crew to stop him. The game is extremely similar to Ganbare Goemon 2 for Super Famicom and Goemon's Great Adventure/Mystical Ninja 2 in that there's mostly sidescrolling levels, accompanied by some Impact bosses. Unlike previous Goemon games, which have used sprites or 3-D models for the characters, the characters are now represented by pre-rendered CGI, giving them a quasi-3-D look. Also, Yae is featured in her outfit that first appeared in Mononoke Suguroku. 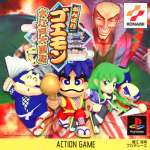