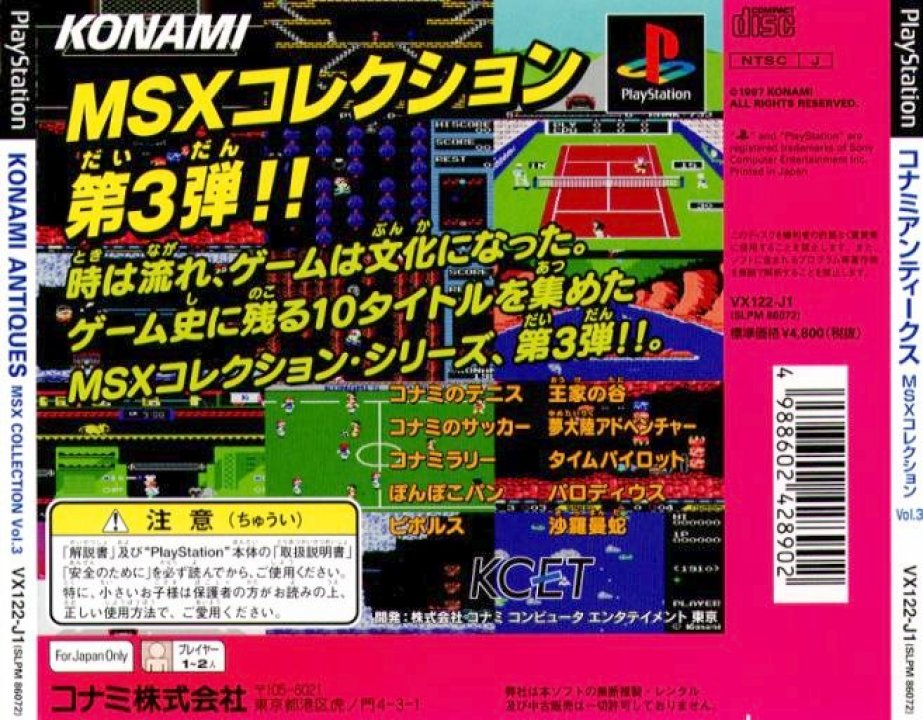 This game is the third and last volume of a series of compilations of MSX computer games released by Konami only in Japan. It was also released on the Sega Saturn. This compilation includes the classic games: - Konami's Tennis (1984): Released in 1984, Konami's Tennis plays much like Atari's Realsports Tennis but with ladies instead of men. The game can be played by one player against the CPU, two player singles or two player doubles. A referee in the tower tells whether the ball is in or not. Serving and shooting is a simple matter of timing against the 3D animated ball, and you need not worry whether it is to the left or right of your player. Certain features uncommon at the time, such as net balls and a ball fetching boy, are also supported. - Konami's Soccer (1985): Soccer is an action game for two players or one player against the computer. You can play the game in one of five skill levels, choose from several different teams, and select the amount of time the match will take. Soccer features throw-ins, goal kicks, corner kicks, penalty kicks and an overhead view of the field which scrolls to follow the action. - Konami Rally (1985): A basic racing game in which you have to finish within the time limit and reach the finish with a given ranking. You 'll start as the last driver in the field and you will have to fight your way forward by over taking your competitors. The number of cars you 'll have to pass will increase each stage. The car has two gears, low and high and tends to slip in curves. - Comic Bakery (1984): A baker tries to bake and deliver bread while fighting raccoons. Pieces of bread are moving along a factory line. The raccoons try to eat your bread and also try to switch off your machines. You have to keep your machinery running and also scaring away the raccoons. If you do that your delivery truck will be loaded with bread and drive off. - Pippols (1985): A young farmer go in search of the pipul, the sacred tree of Buddah, to get the jewel that is hidden inside of it (a rare flower) and take it back to his home. - King's Valley (1985): King's Valley is a puzzle game in which you need to collect all the treasures by drilling and cutting your way through the pyramids. But beware of the mummies that haunt the pyramids. If you use the limited available cutting and drilling equipment in the wrong order you'll eventually get stuck. You'll then have to play the whole level over again. - Penguin Adventure (1986): Penguin Adventure: the main character - a male penguin - must save the penguin princess from a sickness that has spread across the penguin world. The cure to the sickness can be found in the Golden Apple of the Golden Apple Tree. In this action packed game, you take control of the male penguin and travel across the lands and seas in search of the Golden Apple, fighting different types of enemies including bats, thunder-striking clouds, and environmental obstacles such as rocks, until finally reaching the princess. The stages feature different types of landscapes such as forests, mountains, caves, and water stages. As you fight your way through, you can also catch flying fish which you can trade at the different types of shops for new equipments and a weapon. - Time Pilot (1983): Time Pilot is an arcade style shooter. Piloting your trusty spaceship, you need to destroy the squadrons of enemy craft that are attacking! On each level you have a quota of enemies that need to be destroyed. After fulfilling your quota, a final boss of the level will appear; when destroyed, you will move on to the next level. The game begins in the year 1910, and each time a level is completed you advance in time. In 1910 you only have to face relatively unarmed biplanes, but as the levels advance so does the technology. Each new level brings with it tougher, more heavily armed aircraft including jets, helicopters, and even flying saucers! From time to time, you will encounter a parachute; if you run into this, you will earn bonus points. - Parodius (1987): This is mostly the parody of Gradius (Nemesis on some systems), with some flavor from other shoot-em-ups, like Twinbee. The series is available on numerous platforms. The game is a right-to-left scrolling shoot-em-up. You can choose from 4 different flying creatures, with different weapons. You must finish 7 stages, each having a boss at the end. You may start at either one, but must complete every level to advance to the final stage. - Salamander (1987): In a distant part of the universe, an alien creature called Zelos was born. As he grew so did his appetite, and soon he began devouring galaxies, planets, and stars by the hundreds. Now your planet has appeared in Zelos' path, and it is up to you and a partner to fly into battle to save your world. Life Force is an action packed shooter based on the arcade game. There are six levels which alternate between side and vertical scrolling, each of them ending with a powerful guardian. Throughout the game, destroying certain enemies will release power ups which can be used to equip your ship with more powerful weapons, extra speed, and shields. Gameplay is for one player or two players simultaneously. 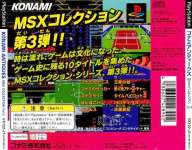 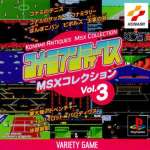