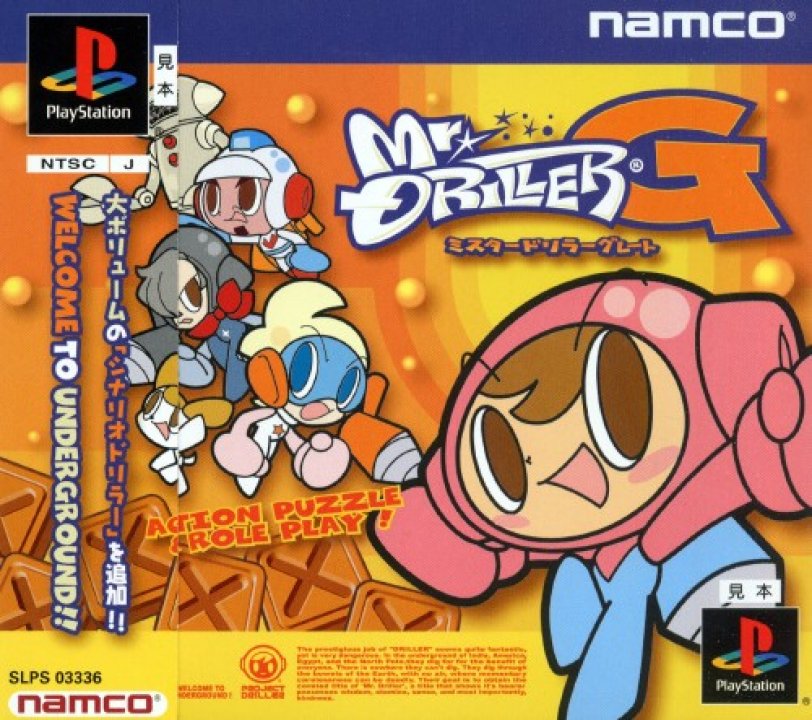 A.D 2000X in Tokyo, a mysterious occurrence of overflowing Blocks was halted by the actions of a Professional Excavator "Driller" by the name of SusumuHori. Above ground, peace returned again. Half a year passed, suddenly the Blocks began to overflow in three nations.One after another America, India and Egypt became flooded in blocks. Susumu Hori and his Rival Driller, Anna Hottenmeyer; urgently began to dig to the depths of the earth. Meanwhile, Susumu's father, Taizou Hori; Susumu'selder brother, Ataru Hori; Anna's Robot Assistant, Horinger Z and Susumu's roomate, Puchi, were all digging to the depths of the earth, aiming for the resolution of this disaster. What is the probable cause of this latest incident? And, among the 6 Drillers, who will be the one to resolve this disaster? Our hero can drill up, down, left and right. Drilling through single blocks would take forever, so it's fortunate that blocks of the same color form into groups that vanish when only one of the blocks is drilled. This allows for chain reactions, since vanishing blocks will often cause other blocks to fall and form new groups. Alas, these falling blocks are also deadly if they hit Mr. Driller. If all Mr. Driller had to do was drill, life would be easy. But he also has to keep refilling his oxygen supply by collecting air capsules scattered throughout the blocks. The deeper he goes, the faster his air runs out. Hampering his progress even further are brown "X-blocks" that take five drill strikes to disappear and remove 20% of Mr. Driller's air when broken. This game is a Japan-only port of the original Arcade game of the same name. 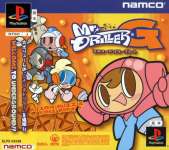 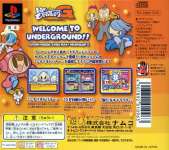