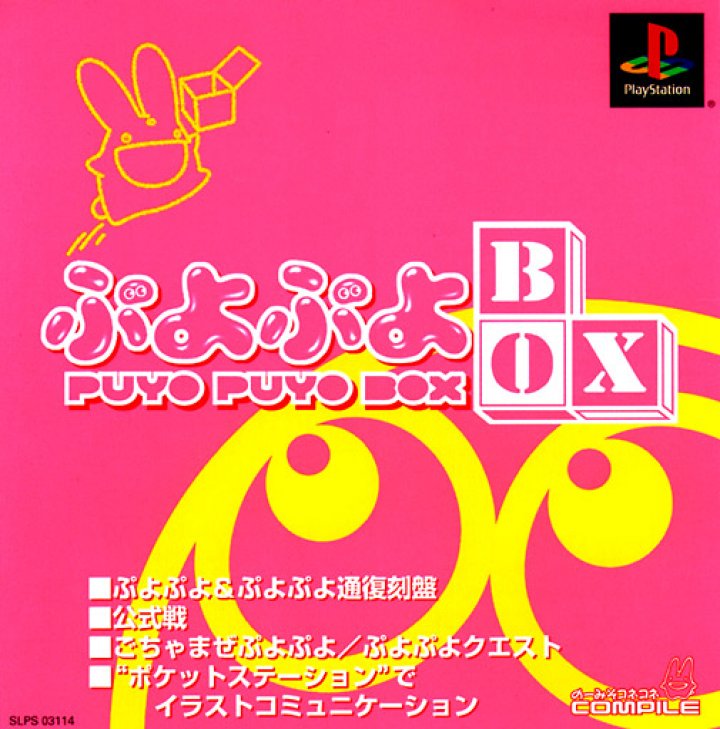 This is a compilation game consisting of modes from previous Puyo Puyo games. It is Compile's last recognized Puyo Puyo title in the series before Sega obtained the rights. Puyo Puyo Box, being a compilation, primarily consists of modes from earlier Puyo Puyo games, but also contains original content. This game has a plethora of game modes available to the user. It contains ports of "Puyo Puyo" and "Puyo Puyo 2", as well as a RPG-styled quest mode in which the player plays as Arle and battles against members of the other cast in Puyo Puyo matches. It also houses a "Stage Clear" mode in which you have to face either 10, 20, or 30 opponents, as well as two multiplayer modes which can be played with either other players or AI substitutes. For the Quest mode itself, it allowed the player to customize the armory in ways in which made Arle stronger with a double-edged sword effect. You could remove the Puyo Rings in order to beef up her attack at the expense of being unable to see your next pieces for example, and the amount of experience gained and gold won was relative to how big a chain was scored and how quickly the opponent was defeated. The key point in the Puyo Puyo gameplay of Box is that the player can choose a ruleset from either "Puyo Puyo", "Puyo Puyo 2", "Puyo Puyo Sun" and "Puyo Puyo~n". This can effectively lead to 4-player battles where each player plays with independent or mixed rules. This game also allowed for team battles to take place. A special multiplayer mode was made available in this game, known as "Treasure Mode", which was adapted in "Puyo Puyo! 15th Anniversary" as its "Excavation Mode". 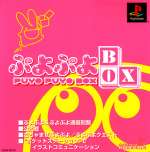 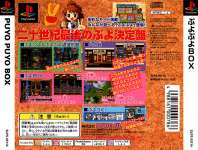