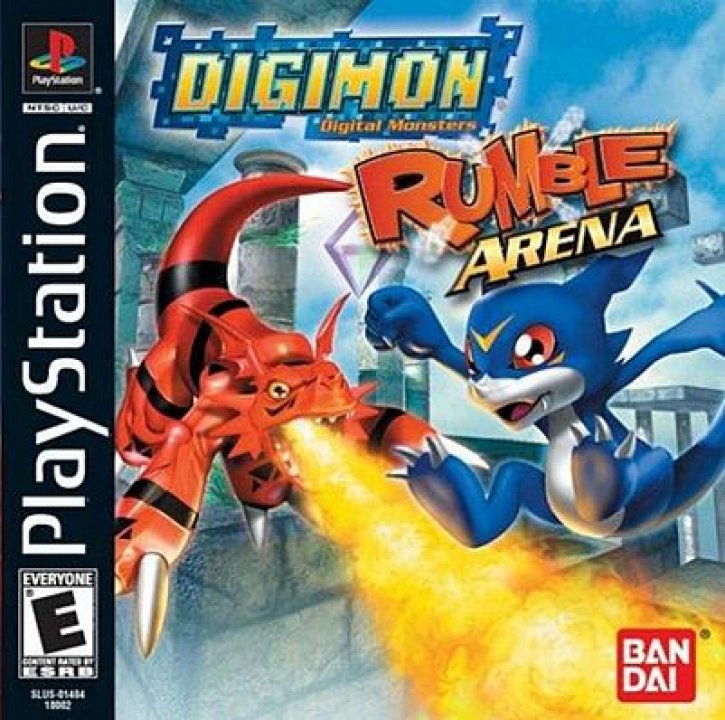 Digimon Rumble Arena, Dejimon Teimāzu Batoru Eboryūshon, Digimon Tamers Battle Evolution) is a crossover fighting video game developed and published by Bandai in association with Hudson Soft for the PlayStation video game console. It was released in Japan on December 6, 2001 and in North America on February 24, 2002. Players are able to choose from up to 24 characters (fifteen of which need to be unlocked) from the Digimon Adventure and Digimon Tamers seasons of the Digimon anime, such as Terriermon, Agumon, Gatomon, and Renamon There are 24 playable characters in Digimon Rumble Arena, all drawn from the Digimon Adventure and Digimon Tamers anime. 9 characters are available at the start of the game, while the other 15 require either a password or the completion of a certain task to access, but there are 6 characters that can be unlocked only by some very difficult challenges and only one of them can be unlocked by code but to activate it you first have obtained the other 5 characters. 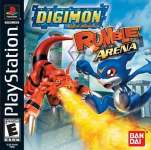