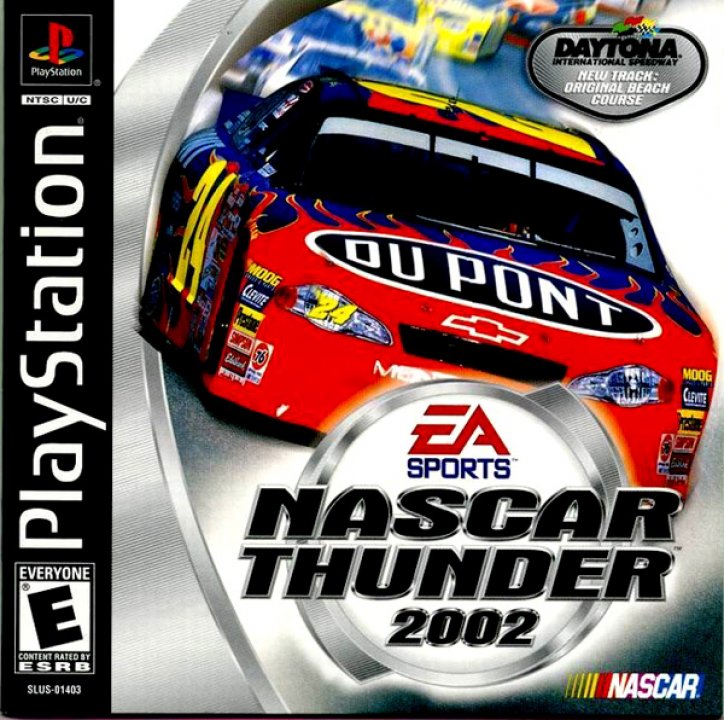 NASCAR Thunder 2002 is a racing simulator video game developed by EA Tiburon and published by EA Sports that came out for the Sony PlayStation, Sony PlayStation 2, and Xbox. The theme song for the game is "Sweet Home Alabama" by Lynyrd Skynyrd. It is the fifth game in the NASCAR series of video games, and is the first of the series to have a new title (the other games simply read "NASCAR", followed by the year). Notably, it is the first NASCAR game to feature alternate paint schemes on the cars. It featured the 2001 Cup Series Champion Jeff Gordon on its cover and 2000 Cup Series Champion Bobby Labonte on the disc. (From Wikipedia) 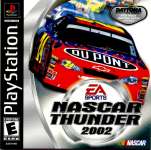