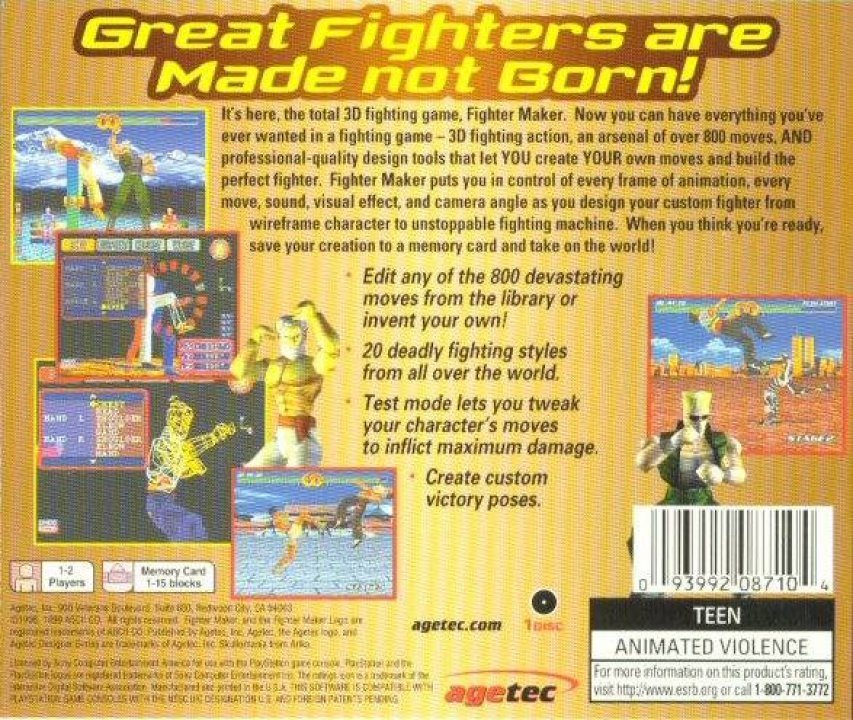 It's here, the total 3D fighting game, Fighter Maker. Now you can have everything you've ever wanted in a fighting game - 3D fighting action, an arsenal of over 800 moves, AND professional-quality design tools that let YOU create YOUR own moves and build the perfect fighter. Fighter Maker puts you in control of every frame of animation, every move, sound, visual effect, and camera angle as you design your custom fighter from wireframe character to unstoppable fighting machine. When you think you're ready, save your creation to a memory card and take on the world! 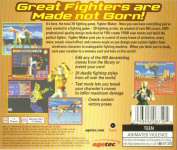 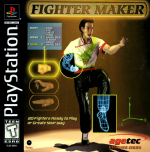 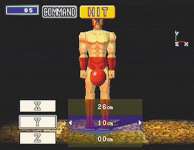 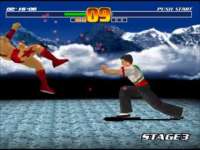 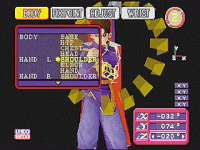