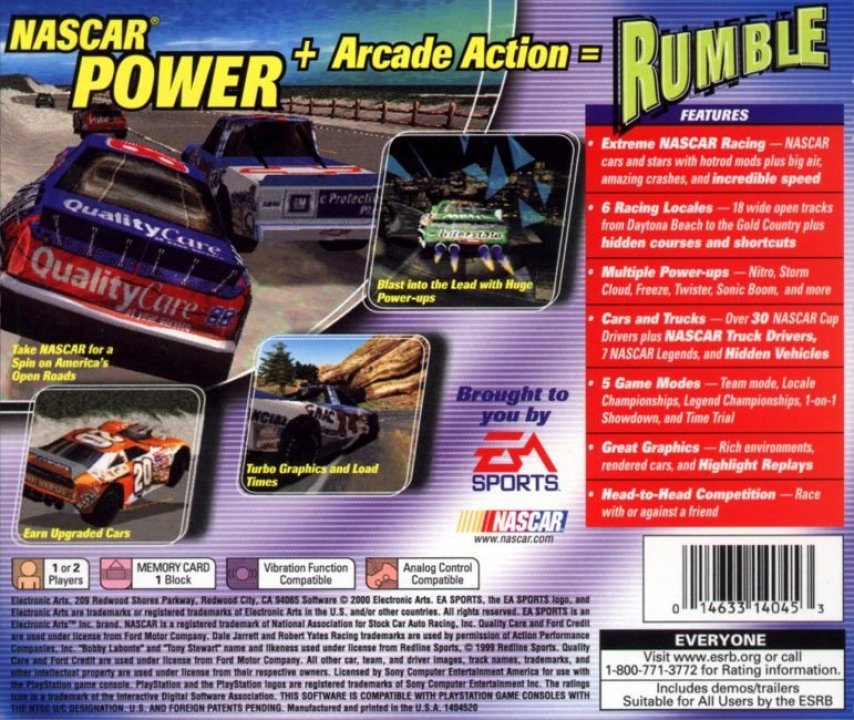 NASCAR Rumble is a racing game by Electronic Arts for the PlayStation. Players race through 18 different courses set in six different areas collecting powerups to aid them. The game was met with fairly positive reviews, and earned an 80% on GameRankings. This game is a great departure to many NASCAR games, as this game is an arcade racer featuring various tracks and Mario Kart esque powerups. 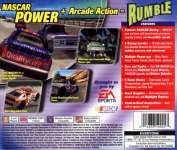 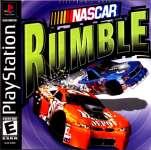 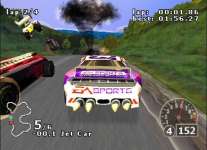