BASES LOADED '96: Double Header was the first baseball game to appear on the PlayStation. All of the players from Major League Baseball over 700 in all are here thanks to the license from the MLBPA. If you want to jump right into the action, put your team on the field in an exhibition game or a championship series. For those who are interested in testing their mettle against every other team in the league, play a season with 13, 26, 52, or 162 games. While going through the ups and downs of the season, take on the manager's role and decide who sits and who plays. You can also fill in the weaknesses of your team through trades. With all of the management options and real-world players, BASES LOADED '96 brings all of the action of professional baseball home. 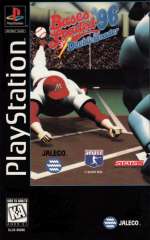 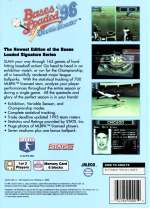