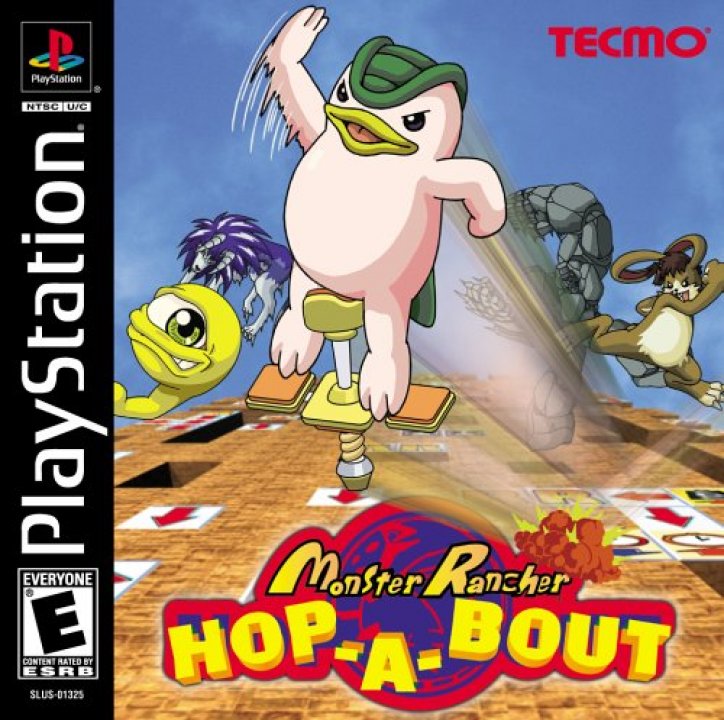 Monster Rancher Hop-A-Bout is a PlayStation-game released in 2000. It is a spin-off of the popular Monster Rancher franchise. In the game players control one of the titular monsters in a series of levels where the objective is to reach a goal on the other side of the level. Between the player and the goal are several tiles which can have different effects on the player character as they jump on them. All levels have a time limit, and the game scores players depending on the tiles they've jumped on and the time they take to reach the goal. The player character has three lives, if the player should fall off the level, they will lose one life. The gameplay is controlled entirely with the D-pad, and the player character is always jumping. 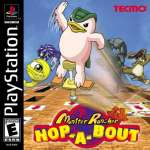 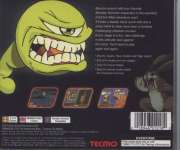