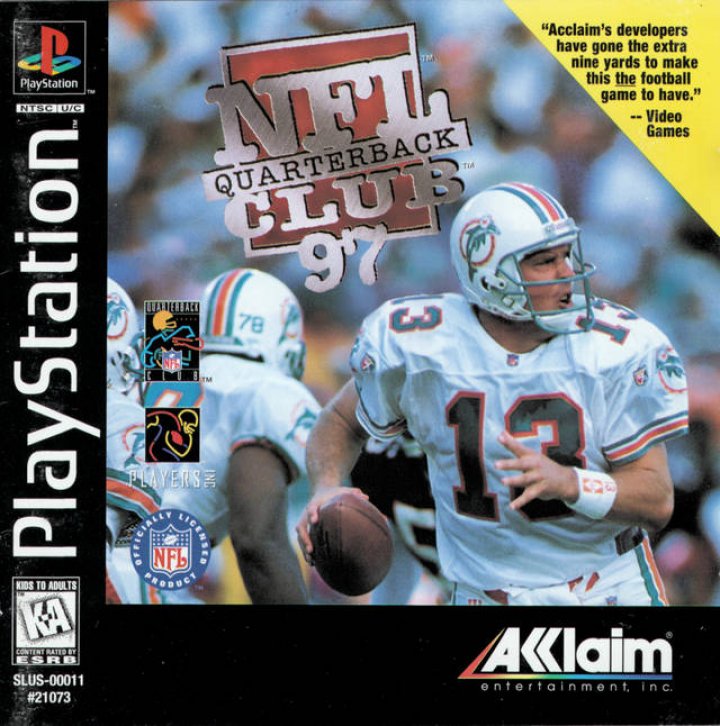 It must be frustrating for a game company to produce a sports title and know it's inferior to those produced by EA Sports. Case in point: Acclaim's new NFL Quarterback Club 97 for the Playstation. Compared to EA's brilliant Madden NFL '97, NFL Quarterback Club 97 is simply second-rate. Though NFL Quarterback Club 97 does have some merits, there's not enough here to make it worth its hefty price. NFL QB Club utilizes many of the same gameplay elements seen in Madden '97 - including the kicking T-meter, the three-quarter overhead primary camera angle, and the button assignments and controls. Player animations are fluid and realistic (the tackles are some of the best going), and the large - though a tad cartoony - player sprites have clearly visible jersey numbers and names. However, the players never seem to move quickly enough: For example, the great Emmitt Smith lumbers downfield as though he's running in sand. Inclement weather options, like snow and rain, look ridiculous. Moreover, penalties are highly unrealistic, with defensive and offensive pass interference called at least once during every set of downs (while almost nothing else is called throughout the entire game). And how could there be no coin toss to determine who kicks and who receives? Sheesh. To be fair, NFL QB Club 97 boasts a singularly impressive feature: a historic simulation mode. Players can choose among 50 different classic NFL game situations and try to rewrite history. Imagine...it's December 23, 1973. The Dallas Cowboys are down 28-13 to the 49ers. With under a minute remaining, the Boys score a TD and recover an onside kick. Can you complete one of the greatest comebacks in NFL history? It's this type of do-or-die drama that the game's historic sim mode provides. And if that's not enough, there's a custom simulation mode, which allows gamers to create and save up to five game situations, right down to the exact game circumstances (weather, time remaining, score, etc.). While this game has some admirable qualities, in the end it falls short of the high standards set by Madden '97. Unless you harbor a deep hatred for John Madden and his know-it-all wisecracks, leave NFL Quarterback Club 97 on the shelves. 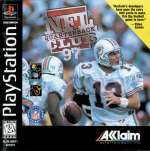