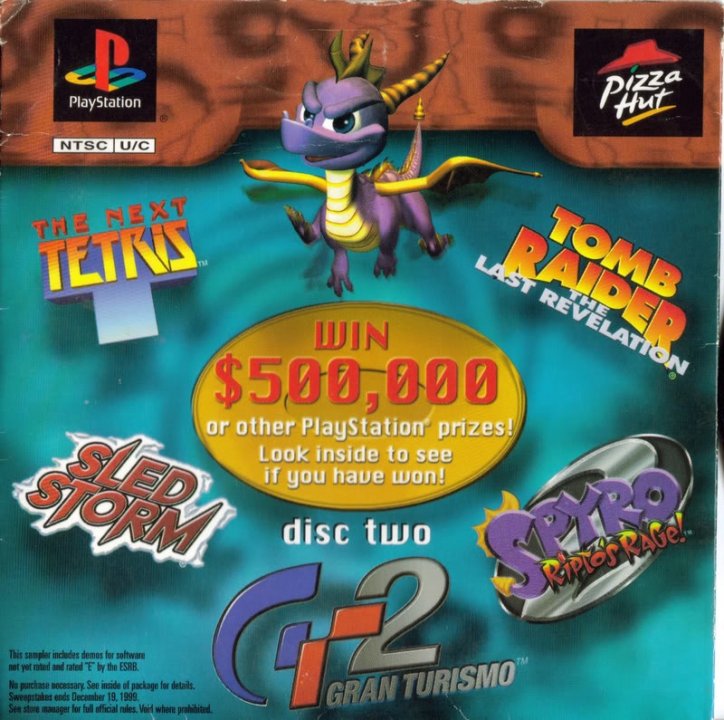 In partnership with Sony Computer Entertainment America, Pizza Hut released promotional Demo Discs for the 1999 holiday season. The promotion ran from November 14th through December 19th. During that time hundreds of Pizza Hut customers received PlayStation prizes with their purchase of a Stuffed Crust Pizza. Some of the prizes won included PlayStation game consoles with a copy of the new Crash Team Racing videogame and some of the hottest titles on the PlayStation game console. The grand prize was $500,000. 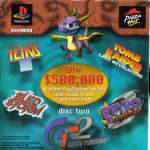