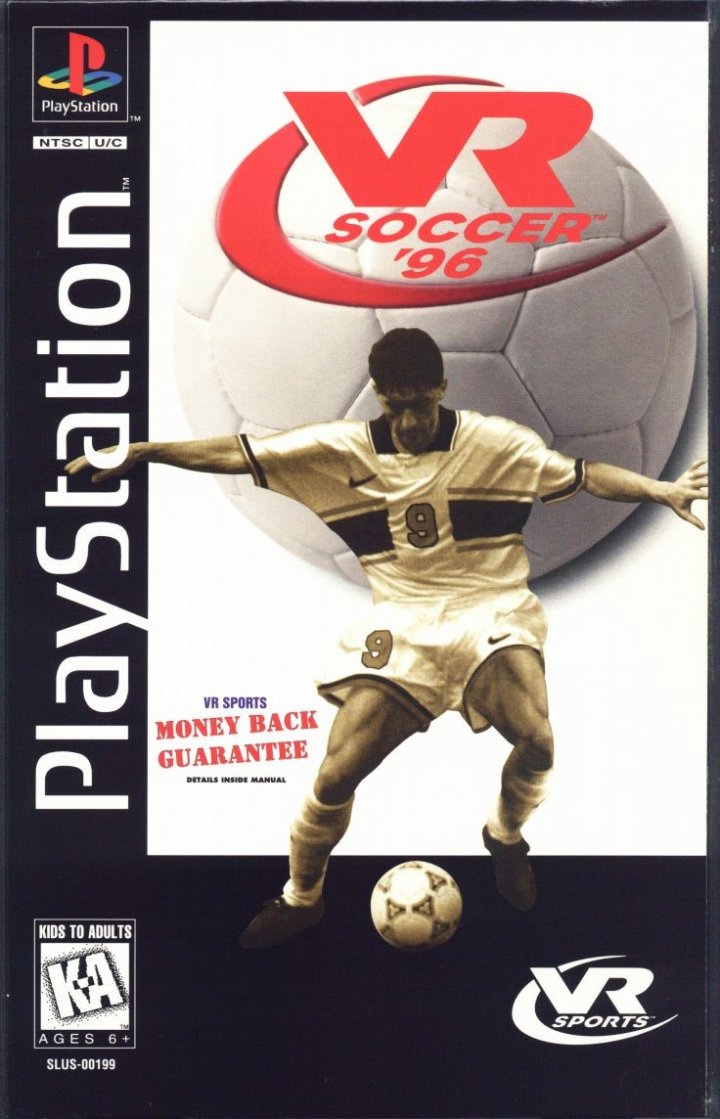 Throw on your finest footy kit and take to the pitch with the "virtual reality" simulation of VR SOCCER '96. This is European-style, lightning-fast football action for true aficionados of the world's most popular sport. You'll see realistic 3D, motion-captured athletes, and 22-player squads with up to eight skill levels per man. You'll compete in detailed, fully rendered stadiums while listening to colorful commentary from the humorous in-game announcer. The competition takes place in a wide variety of modes including Friendly, Practice, Arcade, Simulation, League, and Cup. You can watch the frantic action from six different camera angles, and there is an extensive options menu that allows for adjustments of game length, whether or not offsides is enabled, wind speed, and the like. With a choice of 44 international teams you can go head-to-head against the computer or a friend, or play in Two-Player Cooperative mode. With VR SOCCER '96 the game is truly afoot. 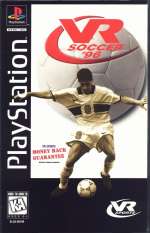