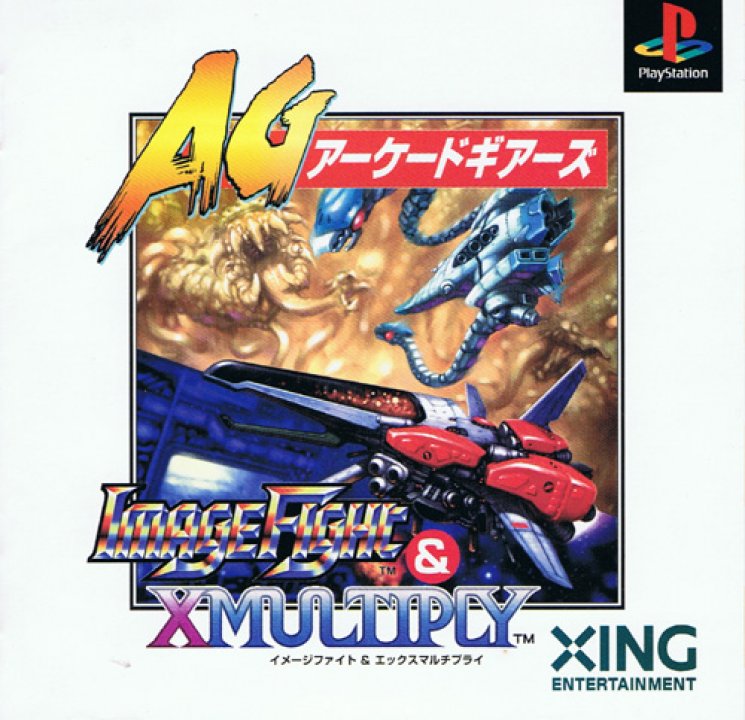 XMultiply (エックスマルチプライ EkkusuMaruchipurai) is a side-scrolling shooter published by Irem, and similar in style to their earlier R-Type. In 1998, the game was released with Image Fight as a one-disc doublebill on PlayStation and Sega Saturn. The game centers around an unusual alien invasion against a colony planet in the year 2249—the aliens themselves are microscopic creatures that invade, infect, and kill the colonists. Scientists have deployed the microscopic fighter X-002 into the body of the hapless woman whose body has been invaded by the alien queen. Image Fight (イメージファイト) is a 1988 vertically scrolling shoot 'em up arcade game developed and published by Irem. The arcade game was also ported for the Nintendo Entertainment System, PC Engine (Japan-only), Sharp X68000 (Japan-only), and FM Towns (Japan-only) in 1990. The player flies a futuristic red ship. R-Type Final identifies this ship as the OF-1 Daedalus, but it is not known if that was the ship's original name. However, the term OF-1 does appear in the NES version's instruction manual, as well as in the official artwork for the sequel, Image Fight II. The game appears to be set inside a holographic simulator, like the holodeck on Star Trek: The Next Generation. In the NES version of the game, the first 5 missions are called "Combat Simulation Stages" and the last 3 missions are called "Real Combat Stages". Two separate titles on one very collectable compilation for the shooter fan. X Multiply is similar to Gradius with claustrophobic confines and organic add ons to the ship giving it floaty, stamen like guards. Image Fight is more a chunky R Type tribute with nice multi directional shots and an old school feel. The rarest of the Arcade Gears series. 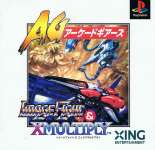 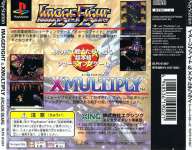 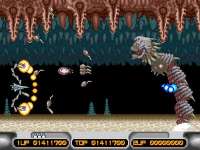 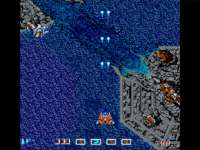