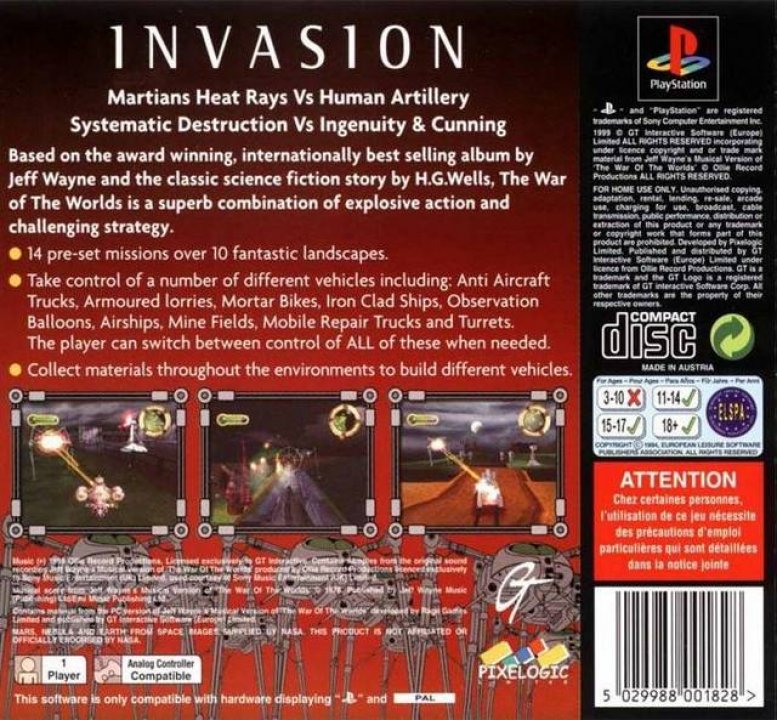 Jeff Wayne's The War of the Worlds

Jeff Wayne made a classic concept album based on H.G. Wells' story back in 1978, and now it's an incredible video game for the PC. The year is 1893, and Martians have landed in the U.K. With Scotland and London under attack, it's up to a group of human forces to rid the planet of its unwelcome visitors. Play as either the humans or the spacemen battling underwater, across land, and through underground caves. More than 60 minutes of music from the original album underscore the action. The 3D masterpiece features the voices of Richard Burton and Nigel Hawthorne. 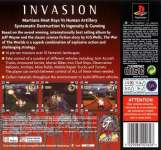 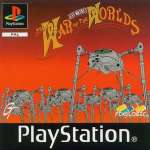