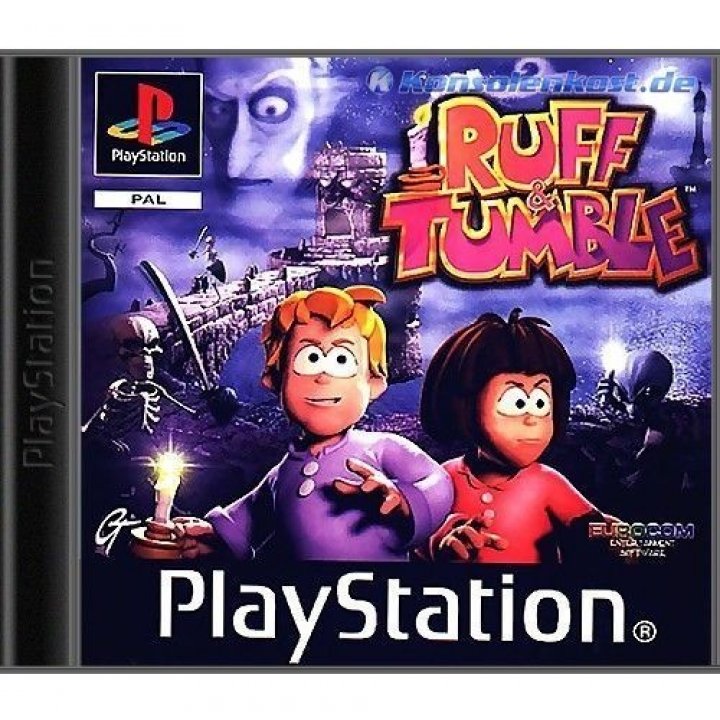 German version of the game "40 Winks". 40 Winks is a platform game developed by Eurocom and published by GT Interactive as for the PlayStation. The player takes control of either Ruff or Tumble, a brother and sister who are sleeping and trying to free 40 "Winks" from a man named Nitekap and his accomplice, Threadbear. "Winks" are small, white creatures which make dreams, and "Hoodwinks", which are green and of a similar size are what are responsible for any nightmares. Throughout the game, the player can collect moon-shaped tokens, which are used to scream at dreamy apparitions, and Z-shaped tokens, which stop the player's character from waking up. Floating cogs are also collected to open doors, and in each of the three levels in each world, collect four dream keys to be placed on the clock face, in order to challenge the boss, before moving on to the next world. The character travels through dream worlds (Nightmare, Underwater, Space, Prehistoric, Castle, and Pirate). The player can also transform into various types of beings: Caveman, Robot, Jester (Ruff only), Fairy (Tumble only), and Ninja. 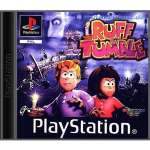