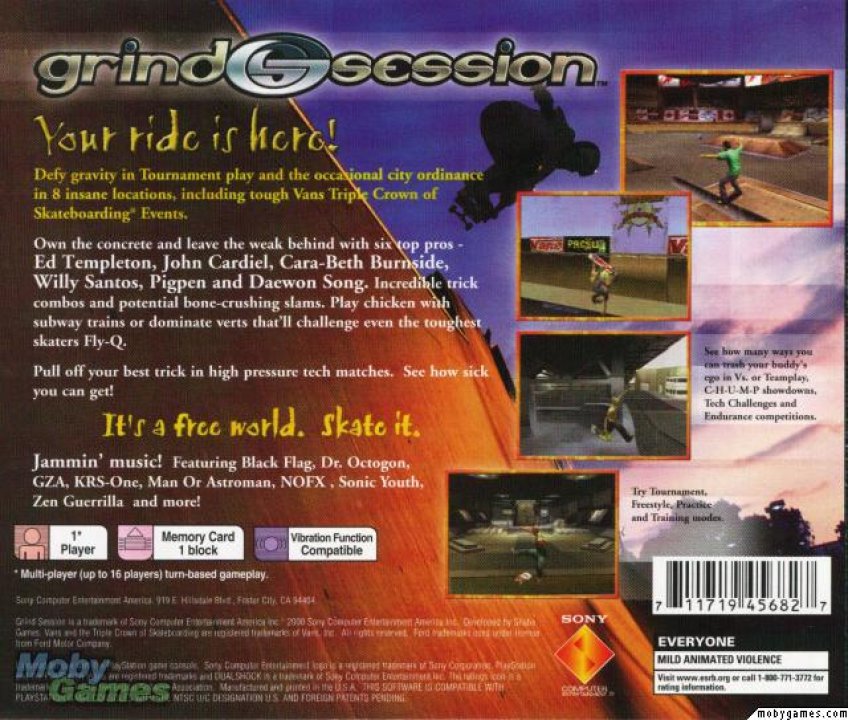 Grind Session translates the spirit and thrill of hard-core boarding into arcade-style action. Gamers compete in street and tournament competitions, flow on the halfpipe, and freestyle it for the covers of the big skating magazines. The game features eight unique 3-D arenas, such as Van's Triple Crown skate park, and includes hundreds of tricks, customizable gear, and instant replay modes with different camera angles. Play your friends in such multiplayer modes as versus, team play, competition, tech challenge, S-K-A-T-E, and endurance. Grind Session also boasts 10 different skaters with the moves of board stars Daewon Song, Willie Santos, Pigpen, John Cardiel, and Cara Beth Burside, among others. If you want to go your own way, create a skater from scratch. The game's soundtrack is blessed by such hard-core artists as Man or Astroman, Sonic Youth, Suicidal Tendencies, GZA, and DJ Shadow. 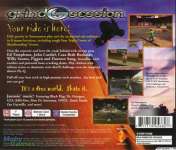 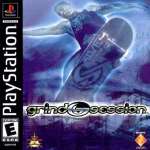