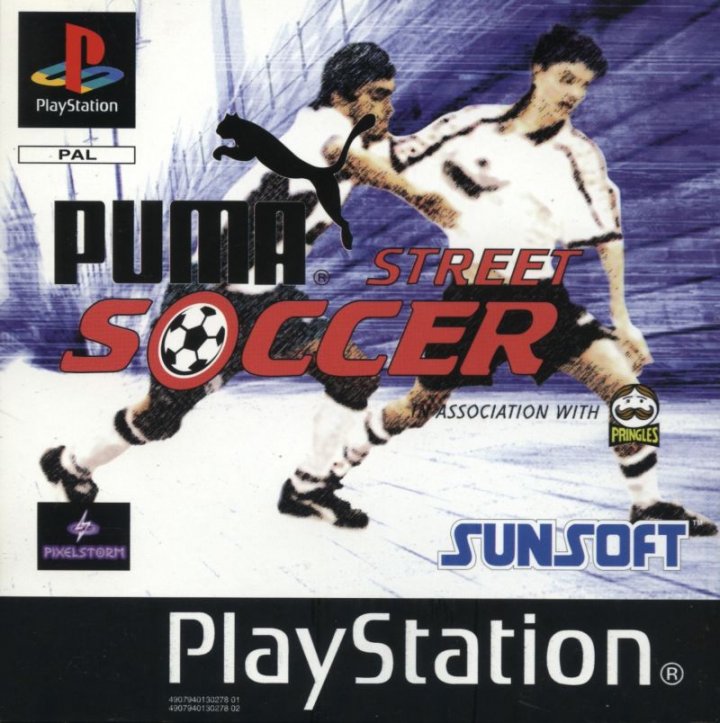 Puma Street Soccer is a 4-on-4 football game, based on Puma's own version of indoor football. The field is small, surrounded by a hip-height board players can use to bounce the ball. The rules are simple: the game starts like in basketball, with the ball being dropped between the two forwards in midfield. The rest of the game is very freeform, with fouls being awarded for awkward challenges (Penalties are given if the attacking player is on the break) and throw-ins (scored with the feet) if the ball goes above the boards. The player can select the tactics - from the three field players (the goalkeeper can't leave the goal area), it's possible to pay more offensively (with 2 in front and 1 in the back) or defensively (2 in back and 1 in front). While the real tournament was traditionally played on public parks and car lots, the game version includes these and more exotic settings, such as an airport, a ships' deck or in the middle of a city crossroad. The grand finals are always played inside an indoor arena. After a team manages a number of shots, they are entitled to three "supershots", which are much more powerful and swerve a lot more than regular shots. The three shots, if well used, can turn a game upside down in a matter of seconds or mean the team will have to do a lot to make up for them if spoiled. While building up the Supershot gauge, the player has to rely on well placed shots, header, volleys, bicycle kicks or moving the ball in attack very quickly to score. 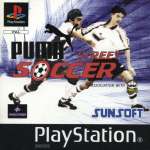